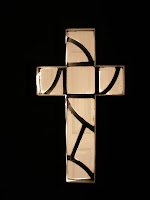 I have just finished reading "Girl, Interrupted" by Susanna Kaysen. I never saw the film version (starring Winona Ryder and Angelina Jolie), which came out six years after the book was published. The book was written twenty-five years after the events it depicts, the author's two-year stay at McLean Psychiatric Hospital outside Boston. She was eighteen at the time she voluntarily checked herself in after a visit with a psychiatrist in Cambridge.
In this small book, Kaysen writes almost lyrically about the parallel universes of normal and deviant, of sanity and mental illness. She wonders whether someone who questions the things in life others take for granted ought to be considered sane in an insane world or is someone who truly needs treatment. She doesn't press these ideas too far, though; she brings these considerations up and then leaves them for us all to ponder. Sometimes she questions whether she has bones in her hand. Other times she questions why no one thought it odd that the men at her job were all supervisors and could smoke while the women were all typists who were not allowed to smoke. In the end, as she had suggested in the beginning, it was a relief for her to go somewhere that was safe so she could rest and be protected from the world that was too much for her. She knew that the hospital was a sort of prison as well, but it did give her time.
The title of the book is taken from a painting by Vermeer called "Girl Interrupted at her Music." The first time she saw it (displayed at the Frick Museum in New York), before the hospital but when she was already getting out of control, she felt the girl was urgently sending her a message, which was "Don't!" The next time she saw it, many years afterward, the girl looked different to her. Kaysen felt that the girl looked sad that she was being interrupted from her music by her somewhat overbearing teacher.
I have had some interruptions myself, in different areas of my life. It's hard not to resent them, these interruptions, however they come about, and it's hard not to be sad about them, too, to have regrets. Sometimes deep regrets. Where did the time go? How much did I miss, one worries?
It can become something of an obsession, in fact. (Kaysen described the instance of having been under anesthesia to have an infected tooth removed and having been desperate to know just how much time had passed while she was unconscious - she was frantic to know: how much time had she lost?) Because of course one never gets it back, the time lost. The interruption destroys it.
And yet. It is almost never time lost. The time in the dentist's chair was spent helping her get better. The time in the hospital was spent giving her respite. The interruptions are sometimes necessary and healing.
Email Post
Labels: Books healing

Toni McLean said…
Hello Penelope,
You write about something that is at the forefront of my mind - life interrupted, day interrupted, project interrupted. Life can seem like a series of interruptions, especially for those of us who find it difficult to block out other things for the sake of a single-minded focus on one thing. I try to have a single-minded focus on retirement on a small acreage with a little cottage, as far from the madding crowd as I can get, with my partner. But then my Ph.D. project interrupts, having to still earn money interrupts, my partner's teenage son interrupts. And then I have to remember that the interruptions are also the journey! It feels like there have been too many unfinished things in my life that I want to make sure I achieve just this one. How to hold the 'destination' loosely and enjoy the side excursions along the way?

Penelopepiscopal said…
Yes, it's hard to figure out if one has "achieved" life when one tries to define life by it's events or its stages. How does one define middle age or retirement or parenthood in isolation from whatever else gets tangled up in it? I wonder if we ever finish much of anything or if life just keeps moving along with threads connecting various people, places, and things. I envy those who are able to always welcome life as it comes...and also wonder if they're just pretending to be so welcoming of all the interruption and change of course.