A Sermon for the Sixth Sunday after Pentecost, Year C 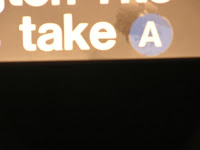 Occasionally, especially when life gets kind of overwhelming, I wonder: why does God hand over all this holy stuff for us to take care of? We are obviously flawed and limited human beings, and we often get things wrong much more often than we get things right.

Look at our Gospel reading for today. Jesus commissions a large group of people to go out into the world as his representatives and to bring God’s peace wherever they go. But just last week, remember, Jesus had to rebuke two of his inner circle of followers who wanted to call down fire from heaven on people who do not accept Jesus.

And so I wonder, after last week’s adventure, why would Jesus hand over this job to the seventy? Surely they are not going to get it right. If James and John wanted to call down fire from heaven, surely the seventy are going to fan out into the community and mess up big time.

Why does God hand over all this holy stuff for us to take care of? Luke does not tell us what happened during this adventure of the seventy, other than to note that the seventy returned in joy saying that demons had submitted to them. They seemed to derive their joy from their own accomplishments, their own importance in the mission. This is how they describe their mission: “we went out in the name of Jesus and the demons bowed down to us!” It appears to be about them.

This is why the seventy are sent out into the world: to be messengers of God’s peace. Just as we are sent out every week from this place to be messengers of God’s peace. And the way we are to be messengers is to be in relationship with others. Notice Jesus’ instructions to the seventy as they are to go out. Don’t carry a bunch of stuff. Trust that others will share with you. Share the message of peace and if people don’t accept it, don’t worry about it -let it go and move on; their unbelief cannot stop the coming of the kingdom. And don’t move about from place to place - remain in the same house. Stay put for a while. In other words, be in relationship with others.

This is how we share God’s peace. Jesus does not advocate drive by mission work - this is not about rounding up big numbers of people to convert or collecting important or exotic people so we can name-drop, but to cultivate the kingdom by being in relationship. Spreading the message doesn’t have to be a big bombastic thing - smoke, mirrors, laser shows and gigantic speakers that may try to say they’re about God but are really calling attention to themselves....

Last week I finally got around to watching the Pixar computer animated movie “Up.”One of the many motifs in the movie is the collection of merit badges by children who are in the “wilderness scouting” program, most of whom have never been in a wilderness. One such child comes to the door of the movie’s protagonist, an elderly man, determined to assist him in crossing a street or even crossing his yard or doing some small activity that will earn him a badge in assisting the elderly.

The little boy has a huge collection of badges which he wears on a sash across his chest, including a camping badge even though he has never actually been camping outdoors. He is determined to earn this one last badge, for his sash only has room for one more - and we learn later that the reason why he wants it so badly is because his father, who travels a lot, always comes to his badge ceremony to pin the badge on him and then take him out for ice cream afterwards. The boy is willing to check any superficial activity off his list in an attempt to win even fleeting attention from his father.

Of course, the old man does not want to be helped. He doesn’t want to cross the street. He doesn’t even want to cross his yard. His activity for the day is to come downstairs and sit on the porch of the house in which he lived all of his adult life with his wife who has now died. He thinks he has already lived his life thank you very much, and does not want a pesky kid bothering him.

In the end, of course, because this is a movie after all, the boy has an adventure with the elderly man, full of excitement and eventual success. But what this ends up leading to is not just a badge but a relationship. The two of them begin to treat one another with the kind of love that only happens when people adventure into the unknown territory of actually taking or having time to get to know one another and to understand how the other sees things. By the time the movie has ended, and as the credits roll, we see what happens after the initial adventure: we see photographs of the two of them going to the movies, playing bingo, bringing dogs to visit other elderly people at a retirement home. They have developed a real relationship in real life. They bring joy to one another and to others by being in relationship, by being together, not by “doing something” for someone. Had the little boy simply escorted the old man across the street, he might have earned his explorer’s badge, but he would not have brought new life to the man and to himself.

This is how we are the messengers of God’s peace. By living our lives in community with those who are like and unlike us, those who believe what we believe and those who do not. We do not sequester ourselves away from others but witness to others by simply living out God’s peace in the midst of others. Yes, we do for others, most definitely. But if the doing is just a superficial action that does not lead to relationship, then we go against Jesus’ admonition: Do not move about from house to house but remain in the same house, eating and drinking whatever they provide. In other words, be in real relationship.

So why does God hand over this kind of holy stuff to us? Why doesn’t God just fix the world now? If God’s peace will eventually come whether people accept it or not, why leave it up to us bumblers to spread the good news?

This is what life is all about, this is how we experience God’s peace for ourselves. This is how we bring God’s peace to others who are different from ourselves. It is something that happens over the long haul; the single chance encounter may bring a new insight or temporarily help us out of a jam, but it is relationship that we are made for.

God’s peace will come when we know and love through real relationship those whom we think are very different from us - who are of another race or class or nationality or religion or political party.

And relationship is messy and is often fraught with goof ups and misperceptions and misunderstandings. We most certainly are not always going to get it right. It’s not an accident that the Gospels show us a generally unflattering portrait of Jesus’ followers, both the inner circle and the wider circle. They mess up, they misunderstand, they don’t get it right, and we follow right along in their footsteps.

And yet this is who God’s kingdom is made up of and this is who God trusts with the holy work of real and lasting relationship in this world and in this life. Because God knows we need to own it ourselves. God knows we care for what we are invested in.