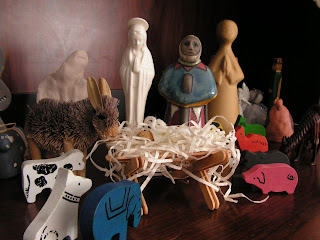 Rich said…
Where have I heard this before? Oh, yeah. Now I remember. I actually WAS paying attention last night! Thanks for coming to share in our service. It is always a delight to see you. Hope you and your family have a warm and peaceful Christmas Season. It's only just begun!
December 25, 2010 at 2:55 PM