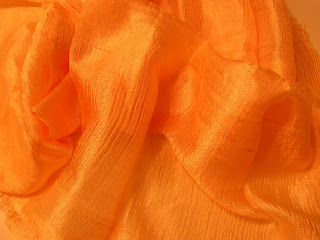 My brother once told me that he loved Christmas shopping because that was when he found all the things he actually wanted to buy for himself.  After he told me that, I noticed that it was true.  And today I took my mom Christmas shopping.  But first we looked at women's clothes.  Not surprisingly, we found the things we wanted for ourselves!  So she bought me something I wanted and I bought her something she wanted.  (Plus, when we discovered the ridiculous discounts we were going to get between the sale prices and the extra 20% off for using the store credit card, we bought some more things that we wanted.)

This is a tough year financially for so many people, us included.  I've only worked weekends for almost the whole year, for which I am grateful since weekends are the times priests especially like to work, but my income didn't even cover our insurance premiums.  But I'm also grateful to have insurance.  Life goes on and we figure out how to make things work.

But the mall was nearly deserted, and many stores had closed.  Even the Taco Bell in the food court.  It was depressing.  Seeing all those closed stores made the unemployment numbers so much more real to me.  All the people that used to work in all those stores and at the Taco Bell and the Chick Fil-A and two other closed restaurants.... where are they now?  Did they get jobs at other stores or restaurants, or are they out of work altogether?

Even the stores that were open were hardly staffed.  The same woman checked us out in three different departments!  But she was grateful to have a job, she said.  You all have a happy holiday season, she said.

And we will.  We will go to church and hear and sing beautiful music and we will drive through the neighborhood and look at the lights and we will get out the Christmas china on which we will eat our traditional Christmas dinner of spaghetti with meat sauce, and we will remember that Jesus was born in an animal barn or a cave without a layette from Macy's, not even one that was an extra 20% off.  And we will hope for better days for everyone who is hurting and feeling the lack now.