Talk about the passion 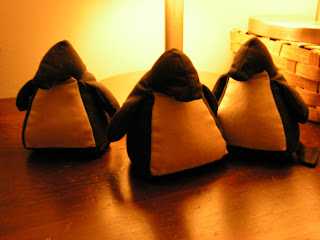 This week there is a series of articles in the British (online) newspaper The Guardian UK in its blog known as "Comment is free: belief" section about the future of preaching.  The premise is that the traditional form of preaching seems to be dying.  I'm not sure that is true, but at any rate different people are posting articles in response.  Simon Jenkins, the editor of Ship of Fools, wrote an interesting response, calling attention to the online communities as well as the Ship's Mystery Worshipper crew, and Church of England's Area Bishop of Buckingham, Alan Wilson (I regularly read his blog, which you can find here), wrote another.  You can read the question and responses here.  It's an interesting question and the responses are interesting as well.

I was particularly taken by something Bishop Alan said about the passion of the people who listen to a sermon and that sermons are significant when the preacher encapsulates and reflects back something people actually care about.


Now immediately I want to say that the downside of this idea is "preaching to the choir" or living in the bubble.  People like to hear what they already think, they like their own ideas to be validated.  And even in this age of unprecedented information sharing and availability, people choose to live in the echo chamber, to align themselves with like-minded groups and individuals and shut out all other voices.  This is true in the political arena as well as the religious world.  And it's not a good thing.

But what I also want to say is that one thing that seems to be going wrong with both politics and the church discussions is that the idea of dealing with what people actually care about, what is happening in real people's real lives, is being greatly overshadowed by other things, mostly theoretical/ideological/doctrinal kinds of things.  Theories, positions, doctrine trump experience and real people.  (I had a rant about that once or twice.  Particularly here.)

Meanwhile, the church is worried.  There are many articles and workshops and programs and discussions about The Decline In Church Attendance.  Giving is down, attendance is down, some pundits are either crowing or agonizing:  the church is dying!  It's just drying up!  The decline is irreversible!  The sky is falling!  or Ha! (depending on whether you are a church supporter or an antagonist).

And I'm thinking, especially after reading Bishop Alan's Guardian piece today and some other British and American church-y bloggers (see this one at Thinking Anglicans, particularly), how much of the phenomenon of the falling numbers at church has to do with the church not being about what people care about?

Probably another post is needed to flesh this thought out, but it seems to me that some of this may also have to do with the fact that some folks at church really care about their own salvation and a sense that they must stand against things and people they see as potential threats to their own salvation while other folks at church really care about being in service to the poor and vulnerable in this life as the church's work.  And the fact that so much of the public discourse by and about the church is about stuff that looks like intolerance and worse (which speaks to the salvation of the "just" who want to stay "justified") is quite off-putting to those who care about what Glenn Beck and others sneer at as "social justice."  I realize that the way I wrote that exposes me as a "social justice" type, and I think that is true, but I understand the salvation/taint/threat "side" well.  Such is my own background, I have found it an area of interesting study, and I know and love people who are still on that "side."  And so I don't mean to belittle such an orientation, nor do I want to dismiss it out of hand.

I'm still thinking about this, and will post more about it, but the kernel remains.  If church is about something that most people just don't care about (or are repelled by), no wonder the numbers are down.

Craig Yoshihara said…
Way to go Penny! I TOTALLY agree. Too many preachers get hung up on lectionary as if that is the only legitimate way to preach. Too many get hung up on exegesis on every last syllable without realizing that they are not bringing the Word into context for the modern person. It's all nifty if we exegete the Greek meaning for the 1st person personal, but if we don't extrapolate why it matters, then why should anyone care? I would love to read the original article about preaching. Do you still have the website?
December 11, 2010 at 7:20 PM

Penelopepiscopal said…
Thanks, Craig, although I have to say that I always preach from the lectionary.... I find that it challenges me (and delights me as well) to find that the lectionary readings force me to listen even better to what I think God has to say about what's happening in a parish here and now. But yeah. It's got to matter to at least some of the folks present.

Thanks for coming over and being part of the conversation! I miss seeing you around!
December 11, 2010 at 9:01 PM

Penelopepiscopal said…
Oh, and Craig, the link to the original articles is at the "here" at the end of the 1st paragraph. Roll your cursor over it and it will light up. I need to change the settings so you can see links better...
December 11, 2010 at 9:05 PM