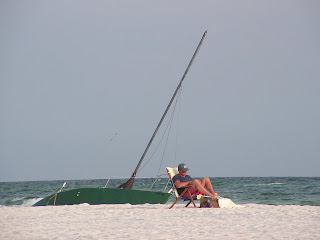 OK, on both FB and my blog, continuing the summer vacation theme, we've had some discussion about what people are reading, particularly in the Clerical (loosely defined) Detective Genre.  I suggested you visit detecs.org to see a comprehensive list of clerical detective books and series.  But here are the books people particularly recommended:

Rev. Lily Connor mysteries by Michelle Blake:  (The Tentmaker, Earth has no Sorrow, The Book of Light).  Lily is an Episcopal priest in Boston who does interim work as well as working at a women's center.  She wrestles with her faith, her love life, and the church in these three novels. I've read all three and liked them a lot.

Rev. Clare Fergusson mysteries by Julia Spencer-Fleming: (Seven books, which you should read in sequence according to readers, starting with In the Bleak Midwinter, then A Fountain Filled with Blood; Out of the Deep I Cry; To Darkness and to Death; All Mortal Flesh; I Shall Not Want; One Was a Soldier.)  Available on Kindle, Keith says.  Several people highly recommended this series, although it did get a negative review from Beth Royalty.

Rev. Merrily Watkins mysteries by Phil Rickman.  Ruth Innes recommends these and describes Merilly thus: female Anglican priest, single parent, smoker/cusser, with goth daughter; becomes first woman Diocesan exorcist and solves mysteries. Series is still going - first book is Wine of Angels, followed by Midwinter of the Spirit, A Crown of Lights, The Cure of Souls, The Lamp of the Wicked, Prayer of the Night Shepherd, The Smile of a Ghost, The Remains of an Altar, The Fabric of Sin, To Dream of the Dead.  Next one out in the fall. On Kindle.

Sister Fidelma/Mysteries of Ancient Ireland series by Peter Tremayne.  Sister Fidelma is an Irish nun from the 7th Century who was at the Council of Whitby and solved a murder there.  The first book in the series is Absolution by Murder.  I don't think you have to read them in order but it is always my preference.  I've read a few of them and enjoyed them very much.

Brother Cadfael mysteries by Ellis Peters.  Set in 12th Century England, during the warring between King Stephen and Queen Maud, Brother Cadfael is a Benedictine monk who is the herbalist in his order.  There are about 20 books in the series - A Morbid Taste for Bones is the first.  I've read several of them and enjoyed them, too.

The St Benet's Trilogy by Susan Howatch.  The Wonder Worker, The High Flyer, The Heartbreaker.

The Liturgical Mysteries Series by Mark Schweizer.  Hayden Konig is the part-time organist for St Barnabas Episcopal Church in the Western N.C. town of St Germaine.  There are nine:  The Alto Wore Tweed is the first.  (The Tenor Wore Tapshoes, etc. we are now at the countertenor wore garlic)  These are reported to by hilarious (says Meredith Gould, Ellen Sheridan, and all the reviews I've seen).   And also good mysteries. The organist keeps a loaded Glock under the organ bench and wants to write like Raymond Chandler.  And there are such fun things as The Feng Sui Altar Guild and the Weasel Cantata.  Available on Kindle.

The Matthew Shardlake Mysteries by C. J. Sansom.  Matthew Shardlake is a lawyer in Tudor England who works for the Archbishop of Canterbury.  I've read two or three of these and they are engrossing historical mysteries.  Series of five (so far) begins with Dissolution, then Dark Fire, Sovereign, Revelation and then Heartstone.  Available on Kindle.

Phil Rickman has a single (no series, apparently) book out called The Bones of Avalon in which Queen Elizabeth I sends Dr John Dee out to find the bones of King Arthur. For you Tudor mysteries fans.

In my opinion, the best mysteries out there are Dorothy Sayers' Lord Peter Wimsey books. Sayers was an Anglican Theologian and her father was a priest. In order:

Charles Todd's Inspector Ian Rutledge series.  Inspector Rutledge is a WWI vet, shellshocked, who solves mysteries in post-WWI Europe. Walking wounded from the war all around.

Carola Dunn's Daisy Dalrymple mysteries set in 1920's Britain. Daisy is a writer and girlfriend then wife of Chief Detective who tries to keep her out of his cases (but fails, of course).

And then there are Anthony Trollope's two series:  The Barsetshire Novels and The Palliser Novels
(audio available by libravox) - serious literature and wonderful English novels.

This ought to get you through the rest of the summer.  Thanks to all who contributed!

Ruth said…
And then there are the Kate Charles books which may not be in print any more but are worth seeking out. When I read the first one I remember thinking 'this author has been in MY church!' She describes the organist, the flower ladies, etc so well! Each story stands alone but best read in order.
June 26, 2011 at 7:38 AM

Penelopepiscopal said…
Thanks, Ruth -more great stuff. Everybody needs to go visit Ruth's blog for her post about reading and books here: