But I need it now! 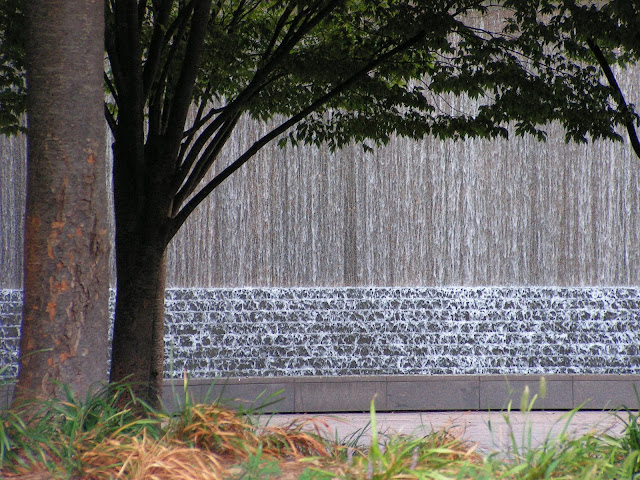 Jesus left Gennesaret and went away to the district of Tyre and Sidon. Just then a Canaanite woman from that region came out and started shouting, "Have mercy on me, Lord, Son of David; my daughter is tormented by a demon." But he did not answer her at all. And his disciples came and urged him, saying, "Send her away, for she keeps shouting after us." He answered, "I was sent only to the lost sheep of the house of Israel." But she came and knelt before him, saying, "Lord, help me." He answered, "It is not fair to take the children's food and throw it to the dogs." She said, "Yes, Lord, yet even the dogs eat the crumbs that fall from their masters' table." Then Jesus answered her, "Woman, great is your faith! Let it be done for you as you wish." And her daughter was healed instantly.  (Matthew 15:21-28, NRSV)


Here's the thing that jumped out at me about this reading from Matthew today.  When first confronted by this Canaanite woman, Jesus' response was to quote the storyline as he knew it: He came to help the Jews live into their identity as "the light to the nations."  Presumably, some day, when Israel lived up to its promise, all nations would stream to its light and everyone would be pulled into the orbit of God in a new and lifegiving way. Then all would be healed, all would be saved, all would be the family of God.

But this woman has a problem now.  Her daughter is in torment now.  What does she care that someday healing will be given to all?  Her daughter needs healing now.  And Jesus' response was not just careless but care-less. Without care. And it was mean.

The Canaanite woman didn't accept the story line.  She was gracious (even in the face of Jesus' rude language) about accepting that she might not be the primary focus of Jesus' work, but she did not accept that she was not in the picture at all.  "Yes, Lord," she said.  She knelt before him.  "Help me," she said simply. "Help me."

And then I thought about the church, I thought about society.  Some day, people say, when people are ready, when the time is right, then we can pursue the justice some folks are asking for.  Women asking for the right to vote and then the right for equal pay for equal work and for equality in church. People of color asking for the right to vote and then for equal education opportunities and for equal (and not separate) rights of all kinds in schools, in the workplace, in society.  Gay and lesbian and transgendered people asking for justice in the military, in the work place, in family life, in church.

We say, "some day."  But they need justice now.  They are asking for justice now.  And our response is often to tell them to wait.

Jesus changed his mind in the face of her persistence; he allowed himself to see the larger vision as something that can have a present reality, not just a future one.  Like God in the face of Abraham talking him down from destroying Sodom if fifty or forty-five or thirty or finally just ten righteous people were found there, Jesus, when confronted with someone asking for justice, someone calling upon the divine righteousness - the divine will toward right relationship - changed his mind, too.

Planning out justice for the future makes little sense when faced with the reality of those who are suffering now.  "Let justice roll down like the waters," says the prophet Amos.  "And righteousness like an ever-flowing stream."

Let it be so now.

Penelopepiscopal said…
Gracias, Padre! (I don't know how to make those upside down exclamation pointy things.)
August 14, 2011 at 10:57 PM

Jenni said…
I don't think Jesus' response was mean or that he changed his mind. This passage is difficult to grasp and I think like a text message we are missing the body language.
For Jesus to be rude or mean seems so out of character,I agree with Adrian Plass on this one in his book "Blind Spots in The Bible", Jesus was filled with compassion and love fr this woman,he was pleased with her persistance and spoke to her with wit and a smile on his lips.
Not meaning to critise your post but have been chewing it over since hearing a sermon on Sunday on this passage by someone who confessed that they didn't understand it. Just adding my half pennyworth. :)
August 16, 2011 at 5:20 AM

Penelopepiscopal said…
Thanks, tootallburd for adding to the discussion. The wonderful thing about Scripture is that after two thousand years we still find much to ponder and discuss. Certainly Biblical scholars differ on how to read this passage, and so we can differ about it, too. Thanks again!
August 16, 2011 at 8:36 AM