A sermon about the generous landowner 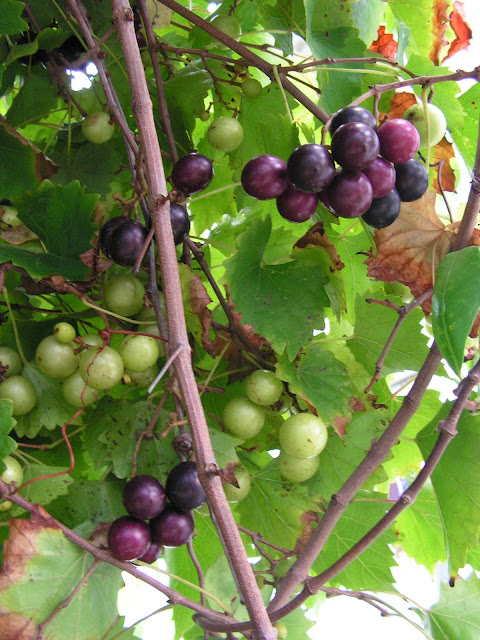 I read a story from another pastor this week about a woman in his parish who faithfully reads ahead in the lectionary so she will know what is coming up in church.  The woman informed him she will not be in church today.  She doesn’t want to hear this passage from Matthew.  It offends her.  She’s been coming to church all of her life and she doesn’t want to hear she’s not going to get extra credit for that fact.


Truth be told, I know many for whom this story is offensive.  It offends our sense of fairness, something that, if you’ve been around kids ever, you know is a trait we must be born with.


“It’s not fair!” are the three words most often heard in families with children.  It’s not fair that he gets to stay up later than I do; it’s not fair that I can’t have a brownie before dinner; that you get to go to France for the summer; that I didn’t get the teacher I wanted at school.

We are born with a sense of fairness, but in its most basic form it is pretty ego-centric.  It’s not fair because I am not getting what I think I ought to get.  It’s not fair that you get more, or better, or funner (to use the children’s vernacular) stuff than I do.  Even though I have plenty of stuff myself.

As that sense of fairness matures we begin to extend our concern for fairness to others, and then we might see something wonderful.  From my own childhood, I witnessed a growing sense that it was not fair that people of color were supposed to sit in the back of the bus, that they were not able to walk in the front door of a store or house, or attend a “white” church or restaurant.

My own children have exhibited a maturing sense of fairness themselves.  They reported that it was not fair that some children at their school were shunned and even treated badly by others because they were different.  When a so-called religious group came to their school holding up signs that said “God hates Jews” and “Thank God for AIDS” and the like, the students came out in droves, holding their own signs that said, “God loves everybody.”

And God does love everybody. The Bible says so, all over the place.

But for whatever reason, we often prefer to look for exceptions.  Oh yes, God loves everybody, but God loves me better.  Or, God wants to love everybody but isn’t able to because not everybody deserves God’s love.  Even though we know that God loves us and that our salvation is assured, we don’t want God to love other people and save them, too.  At least not certain other people.

There is no better story to illustrate this than the tale of Jonah.  Jonah is sent by God to Nineveh to tell the people there to repent -  to reorient themselves toward - and be saved.  But Jonah doesn’t want to do this and heads the other way. Still, by way of a storm and a big fish, Jonah ends up in Nineveh, and his message is heard loud and clear.  The people, and even the animals, put on sackcloth and ashes.  They repent and call upon God.  God is pleased.

But Jonah is mad.  He says to God, “See, God, I knew you were the kind of God who is slow to anger and quick to forgive, that you are gracious and merciful and full of love.”  And Jonah doesn’t mean this as a compliment!  He sits down to watch the show of the destruction he believes God ought to wreak on the Ninevites, and when God does not do so, Jonah is angry.  He’d rather die than rejoice with God about God’s concern for the people and animals of Nineveh, whom Jonah doesn’t like.  Jonah was saved himself by God, but he’d just rather die than see the people of Nineveh saved, too, and as the story ends, he is just sitting there in his bitterness.

The laborers in the vineyard are not quite as bitter as Jonah, but their story certainly echoes his.  They are given their daily bread, the daily wage that laborers get. But they do not think it’s fair for the Lord to give others that same daily bread because those others haven’t worked as hard as they have.  They’ve been faithful all along, like the elder son in Luke’s story of the prodigal, like the woman who is not at her church today.  They are jealous that God has treated others so generously, even though they have all been loved and treated generously themselves.  The father tells the elder brother in Luke’s story - all I have is yours already! You still get your inheritance. But we must rejoice today because your brother has been found.  But the elder son stands outside with his arms crossed and his lip poked out.

The vineyard owner drives around all day and finds more and more people to bring into the fields for work.  We might like to think of them as lazy - why weren’t they working at the crack of dawn like the others? We want there to be a reason - a bad reason! - for them to be without work.  And yet they say themselves, nobody hired us.  We’ve been here all day, too, but nobody picked us.  We were passed over.  And so the vineyard owner picks them, over and over, more and more. Hop in, there’s plenty of work, and bread, and wine, for everybody.  There’s plenty for everybody.

Jonah said with his voice all cranky, “I knew you were the kind of God who is generous and merciful.” The vineyard owner asks the first-hired laborers, “Are you envious because I am generous?”

Most of us call this the parable of the laborers in the vineyard, but that’s because we always think everything is about us.  We find ourselves in the story and let it all revolve around us.

In truth, though, this is the story of the generous vineyard owner.  This is a story about God’s generosity, God’s mercy, God’s kindness, God’s desire for all to be part of God’s economy.
It is about who God is, about how the heart of God is full of abundance and generosity.  Why are we envious because God is generous?  Why do we care that God cares for others we don’t think God should care for? Do we not believe what Jesus said about there being many rooms in the mansion?

Going back to kids, my son’s American History and Literature class is reading Jonathan Edwards’ famous sermon entitled, “Sinners in the hands of an angry God.”  Perhaps you read it yourself in school - I know I did.

I remember vividly one part in which Reverend Edwards says, and I quote, “The God that holds you over the pit of hell, much as one holds a spider, or some loathsome insect over the fire, abhors you, and is dreadfully provoked: his wrath towards you burns like fire; he looks upon you as worthy of nothing else, but to be cast into the fire; he is of purer eyes than to bear to have you in his sight; you are ten thousand times more abominable in his eyes, than the most hateful venomous serpent is in ours. You have offended him...”

In the mid-18th century, this was a common theme in sermons.  Most people, except for certain perfect ones, are miserable worms who deserve nothing from an inscrutable and supremely sovereign God who may yet take pity on us if we repent and never, ever mess up.  This is part of our religious psyche, I think, our heritage passed down through the generations.

And I think deep down inside, many of us feel that the generous God as portrayed in Luke’s loving father story and this generous landowner story from Matthew, well that God is too good to be true.

And so, ironically, we seem to feel that it is safer to see God as Reverend Edwards portrays God, as offended by us and ready to smite us. We feel safer if we take the hard-line stance, and better safe than sorry.

But when we insist on the hard-line stance, we will be offended by the Gospel as it is told to us today in this story of God’s infinite generosity.

Reverend Edwards rightly focuses on God’s freedom to act as God will, but I think he misses that the heart of God is not to find any excuse to suddenly drop us into the fire out of disgust but to be free to generously give everything to everyone, even those who are not in our particular fold, out of love.

God can do whatever God wants and choose whomever God chooses.  There is no debate about that.  But we have a choice about how we will respond to God’s generosity to others.  Will we be loving and generous ourselves, or will we take offense?  Will we be joyful about extending our sense of fairness towards others - joyful that others are chosen and fed as we are?

Or would we just rather die?

God chooses to love.  And so should we.

Freda said…
Thank you for a thoughtful and challenging sermon - I am receiving from God in various places throughout the internet, is it really because I missed this morning's service at my own church? Anyway, thank you for the challenge to generosity and love. Every Blessing.

Penelopepiscopal said…
Freda, thanks for your comment (and compliment - glad you like the photos - I enjoy taking them!). I am glad you found something to think about.
September 18, 2011 at 1:42 PM

Nancy Wallace said…
Thanks for this. I've just added a link to it from my brief post of yesterday on the same these. I like the way you've woven in the Jonah story.
September 19, 2011 at 7:40 AM

steve said…
Hi Penny, I've been away awhile myself on a very healthy side journey in my faith walk... you have been a part of that. Love your sermon. The parable isn't probably about laboring anyway... God doesn't need us or our tools; He wants our love and adoration. I hope you are well. I will pray for you
steve
September 20, 2011 at 7:38 PM

Penelopepiscopal said…
Nancy, thank you for the link and for your comment. I liked the way the stories fit together!
September 20, 2011 at 7:45 PM

Penelopepiscopal said…
Hi Steve! I'm glad to hear that you are in a good place on your journey. I am doing well and very much appreciate your prayers.
September 20, 2011 at 7:46 PM