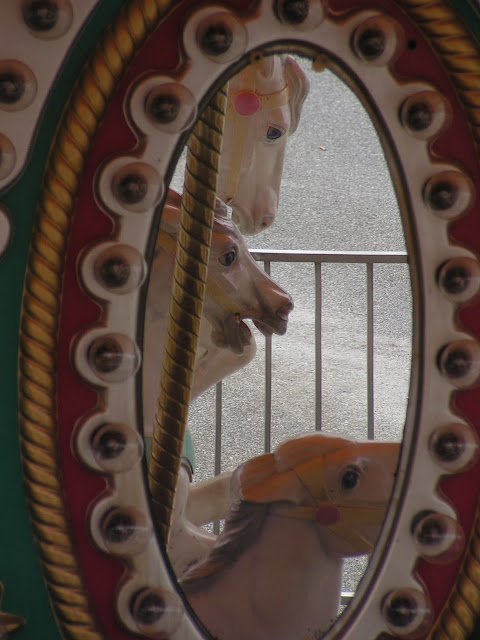 There's a fair amount of ink being spilled in many venues about how we need to let go of a notion of a Golden Age of the Church, be it the First Century, the Fourth Century, the Tenth Century, or 1958 when Sunday school buildings were being built to house the burgeoning population of families with children crowding into suburban houses of worship.

The thing is, as was beautifully depicted in Woody Allen's film "Midnight in Paris," there is no Golden Age.  The people in the Age we think is Golden thought that some other time before that was in fact the Golden Age.  We gather together a bunch of ideas, thoughts, hopes, dreams, along with some facts and figures, and project them onto a time and place that we declare to be the Time When Things Were Better.

Sometimes this is nostalgia for a time in our own lives when things seemed simpler and friendlier and such.  Possibly because we were children - so things were simpler, for us anyway.  Sometimes this is a nostalgia for times well before our time, when we can focus on the positives (beautiful French dresses!) and ignore the negatives (no plumbing! head lice! the plague!).  It is human nature, it seems, to pine for days gone by and declare them vastly superior to the days at hand.

As children, a certain group of my friends and I liked to play "The Olden Days" down in the basement of our house. We pretended to be pioneers who had to go out to the well to get water and cook over a fire.   Sometimes that morphed into playing "School," which had both a modern and an olden days version.  We liked to put on costumes and pretend and create - create scenarios and story lines and to make something out of nearly nothing.  Our imaginations worked overtime during such play.  We were always creating something new, often out of necessity.

I agree that there is no Golden Age of the Church.  There were good times and bad times, all mashed up together, in every age.  And so it still goes.

But there is also creativity and imagination, which has been an important part of every age, that ought to fuel the both process of looking back AND of looking forward with curiosity and appreciation.  "Look," God says, "I am doing a new thing!"

But nostalgia needs to be corralled.  Think of the Israelites wandering in the desert, missing the garlic and leeks (and forgetting the slavery) in Egypt.  It too often simply binds us and doesn't really get us anywhere.