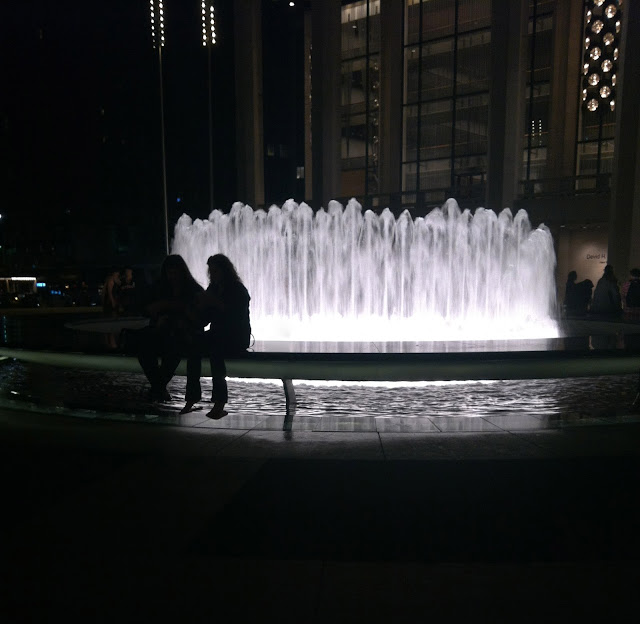 Who likes to talk about sin? Anyone out there? Hmm, not many of you, huh?

And who likes to talk about forgiveness? Well, that’s better. We like forgiveness! It’s a much happier topic!

But how do we truly experience forgiveness if we don’t also experience a sense of having need of it?

Well. Today we get to listen in on, to overhear, a dinner party. Jesus goes to the occasional dinner party, but he takes some heat for his dinner party habits - he eats with undesirables, you see, which is upsetting to certain people. He seems to have this bad habit of breaking down barriers. But he still gets invitations. He is something of a celebrity, it seems, with crowds thronging to him and both men and women following him as his companions, disciples, and benefactors.

This dinner party is given by one Simon the Pharisee. Who knows why Simon wanted to invite Jesus? Maybe he thought it would give him status to have dinner with Jesus. He seemed curious about this man who was rumored to be a prophet. Or perhaps he hoped to introduce Jesus to a little better society than Jesus was used to.

But if Simon had hoped this would be a dignified and elegant dinner party, he was wrong. When Jesus comes to dinner, things always get a little out of control.

A woman who didn’t wonder but instead clearly knew something very particular about Jesus found out that he was coming to Simon’s and she came, too. And she came prepared. She had something she wanted to do for Jesus. Perhaps because she knew him to be such a boundary-transgressor, she broke social taboos herself and came right in, situating herself behind the reclining Jesus, and began to weep over him. She dried her tears with her hair, and then she pulled out a special jar of ointment she brought with her and began to kiss and oil his feet.

Meanwhile, everyone else just ignored her, at least outwardly. Simon knew what she was doing and he judged Jesus because of it. Jesus shouldn’t be letting himself be touched by this woman, who is known as a sinner, although we have no idea what her sin is. (And please don’t assume that it is a sexual sin - we have had a bad habit throughout the history of Biblical interpretation that any time a woman is called a sinner, it means she is a harlot. Her sin is not specified. For all we know, she was a murderer.)

Anyway, a disappointed Simon decides that Jesus must not be a prophet after all.

But Jesus (who is more than a prophet - he is God incarnate!) knows what Simon is thinking and asks him a riddle: If two people are in debt but one is in a much greater debt than the other, and yet both debts are cancelled, which person is the most grateful? Simon answers warily. This sounds like a softball, not the sort of hard-hitting thing Jesus is known to say.

And Simon gets the answer right:  The person who has been forgiven the most is the most grateful.

And of course Simon did not actually see that woman. She was a sinner and that was all he needed to know about her. She was beneath his notice.

But Jesus is asking not only Simon to look at this woman, he is also asking us to look at her.

What are we supposed to see when we look at her?

Indeed, as much as we might want to look away from such naked emotion being shown in a public place, she is the picture of someone responding to the precious gift of forgiveness that means salvation.

If we don’t see ourselves as in need of forgiveness, then we may well be sort of blase about Jesus, too. Oh sure, he’s a great guy and we love him for being so good and he is pretty interesting, but ...

Out of her deep gratitude, the woman put some kind of healing balm on Jesus’s feet.
How might we show our gratitude to Jesus? Perhaps by paying it forward. By caring about and for those in whose faces we might see Jesus today, by offering healing balms to them in Jesus’ name.

Having just come back from Manhattan, I saw a few folks who fit that description during the last couple of days. I overheard some raw exchanges in public places. But we have such people here, too. Indeed there are suffering people of all kinds in every community, people who believe themselves to be unworthy, people whom others believe to be unworthy, vulnerable people who are beneath the notice of more comfortable society, people who may not look it but sure do feel it.

They, and we, are all God’s beloved. We are the recipients of the most wondrous love there is. We have something to do for Jesus, too. Let us be alive to God, alive to Jesus, alive to our neighbors, alive to our faith, which means both being alive to our sins and alive to the knowledge of our salvation.

Let’s not look away or hold back our gratitude but share it - with bold action - with a hurting world that is dying for such good news.

Bill Bynum said…
A good sermon that builds to a powerful message in the last two paragraphs.
June 16, 2013 at 9:10 PM

Penelopepiscopal said…
Thanks much, Bill. I think this stuff is hard for us "intellectual" Episcopalians. It is for me, anyway.
June 16, 2013 at 11:50 PM