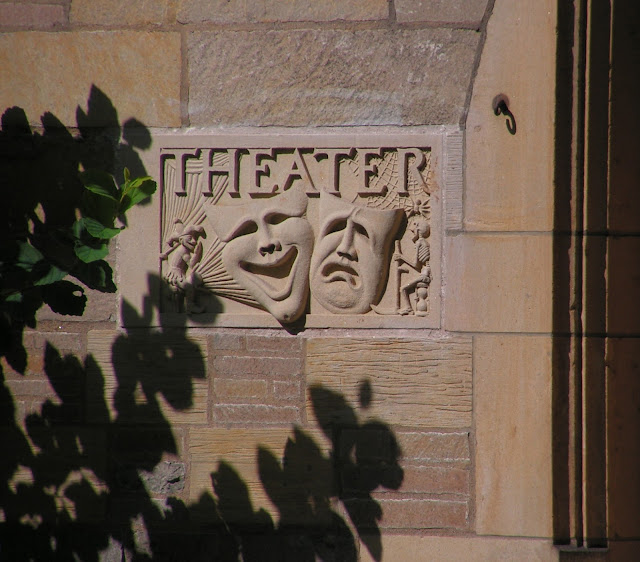 The other day, I went to lunch alone, as I usually do, armed with my iPad in hopes of catching up on some reading.

But I was hardly through my first few bites when the man at the table next to me began talking to me. He asked me if I was a minister (I was wearing my collar) and then commented that we must be very busy at our church because of the bad economy.

I try, especially when I am wearing a collar, to be patient and friendly with the people who approach me in public to start up conversations even as I usually draw some boundaries (subtly if I can) around myself and my time. I've had some less than enjoyable encounters, such as the man who asked if I was a nun and then proceeded to show me a photograph of his granddaughter dressed in a habit for her school play and then introduced me to all the people at his table (still sticking with the nun label). Once a fellow priest and I were regaled by another patron at Arby's about his mother and her dog for pretty much the whole time we were eating our sandwiches (which we began to eat after the first ten minutes of his diatribe, hoping he'd get the hint, which he didn't).

Of course, I know that if I really need to concentrate on something or need to have a private conversation, I probably ought not to try to do it in a public place where the seats are all so close together.

Anyway, this man's comment on the economy struck me as odd, given that I had just been hearing on the news about how the economy is picking up. Indeed, new buildings are going up in our town and the signs are there that the worst is well over now.  I was thinking, "Huh? Is that still a topic?"

Fortunately, my better angel whispered into my ear and I determined to listen a little longer, even while I was wishing I could get back to my book.

Soon the story came out. This man had been unemployed for quite a long time, and he came to this lunch spot pretty regularly - he called it "his office" - so he could be around people and also have some routine to his week. He always had a cup of coffee and a muffin and sometimes bought a loaf of bread to take home. He mentioned the support that he gets from the people at his church, but that's basically only on Sunday. He knew church people to be those who cared about those in need.

In a few minutes, he got up to leave and wished me a good day. I told him it was good to talk with him and wished him luck and peace.

And it was good, for me, to talk with him. It reminded me that everyone has a story, if I will just be willing to get out of my own head for a minute to hear it.  It reminded me that every large category (like "unemployment" and "economy") is made up of actual people with actual stories and that I am privileged to hear those stories entrusted to me by strangers.

Perpetua said…
My clerical collar has been the key to some very significant conversations over the years, Penny, so I can really identify with your encounter. Sadly I think that there are many, especially the less skilled, for whom the improvement in the economy isn't bringing the help they need.
June 6, 2013 at 6:26 PM

Penelopepiscopal said…
Yes indeed, Perpetua. And I think some of our older citizens, too, are not finding work because of their age, even though of course age is not supposed to be a factor in hiring, but it sometimes still is.

Antonia said…
Thanks, Penny - you've reminded me of the joys, frustrations, amusements, annoyances and Spirit-filled encounters that can happen when we "loiter with intent" wearing a visible sign of our calling. "Walking Sacraments" as Austin Farrar put it. One of the things I do miss from my Anglican ministry days.
June 7, 2013 at 3:05 AM

Penelopepiscopal said…
Yes, loitering with intent. I like that. Just showing up and being open to the Spirit. Thanks, Antonia!
June 7, 2013 at 11:08 AM