One of My Temptations: Moving On 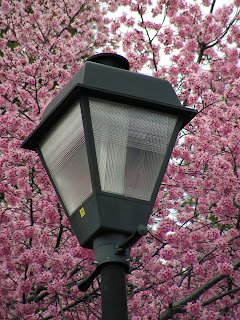 One of the temptations I face is the temptation to try to move forward when I ought to be still.  Sometimes I think this is my pet temptation, my favorite one, or at least the one with the longest handle, because I return to it (at least I feel tempted to do it!) at nearly every opportunity.


Bottom fell out of my world?  No problem - move on!


Don't know what to do?  Just put one foot in front of the other and move on!


I am sorely tempted to run away, to get away from pain and sorrow and grief and confusion, even though I learned many many years ago that there will always be something to run away from and that one doesn't really want to live one's life on the run from one's emotions anyway.  The fact that I know this is a temptation is a victory for me, as I can resist a temptation when I know about it.  But I can still feel it tug at me sometimes.  The good news is that when I feel that tug, I know I ought to look for a hook and then see if I'm on it.


Sometimes, moving on is the thing to do.  Especially if the other option is wallowing for way too long.  (Of course, everyone has an opinion about how long is too long.)  And sometimes one is on a good path and it is good to just keep going on that path, to have faith that the way forward is still out there and the next turn will be revealed.  This is not the same as running away - or even finding a new path.  It's abiding, staying put on the course, refusing to be diverted because one has become confused and afraid.  It's about having faith.


I love Thomas Merton's prayer about this, which allows us to contemplate and to move along one's path in faith in the knowledge that God accompanies us, that God knows about the path (even if God hasn't plotted our particular path out) because God know about paths.  Supporting us, holding us close, being our light in the darkness, serving as the ground of our being - that's who God is and what God does.  Merton's prayer acknowledges that we often end up in places of confusion and gently encourages us to move on despite that confusion - but not in a "just get over it and do something even if it's wrong" kind of way.  Rather, to move as a practice of faith.

Here's the prayer, if you don't know it already.

"MY LORD GOD, I have no idea where I am going. I do not see the road ahead of me. I cannot know for certain where it will end. Nor do I really know myself, and the fact that I think I am following your will does not mean that I am actually doing so. But I believe that the desire to please you does in fact please you. And I hope I have that desire in all that I am doing. I hope that I will never do anything apart from that desire. And I know that if I do this you will lead me by the right road, though I may know nothing about it. Therefore I will trust you always though I may seem to be lost and in the shadow of death. I will not fear, for you are ever with me, and you will never leave me to face my perils alone.

- Thomas Merton, "Thoughts in Solitude"
© Abbey of Gethsemani
From The Merton Institute website