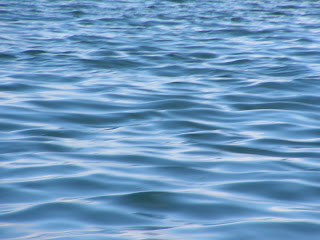 Today we in the West awoke to the news of another huge earthquake on the other side of the world - this time in northern Japan, just offshore, this one spawning a devastating tsunami.  The networks (and YouTube) are showing unbelievable video footage of huge ships, airplanes, cars, houses and bridges and huge buildings (some on fire) rushing along in a river of devastation.  Of course there is a death toll in the hundreds, a number which will rise as the waters recede.

As the huge wave rushes across the Pacific Ocean, Hawaii and Guam both seem to have weathered the waves, but people on he U.S. west coast are still naturally concerned about what will happen when the wave reaches Washington, Oregon and California - as are the people along the coast of South America.  Will the fury be spent?

Such an event at the beginning of Lent gives us pause.  We have focused on our own, voluntary giving up of things.  Doing without wine or chocolate or meat or television, and suddenly we are confronted with images of people's homes plowing into bridges and literally shredding before our eyes.  Doing without, giving something up, looks different when it is not voluntary.  Giving something up is not the same as having something torn away from you.

At times like these, we wonder about God.  We wonder how God can stand to allow such devastation, if that's how God works.  Or we wonder, if God made the Earth with all its faults and fault lines, what was God thinking?  We desperately want to know:  where is God in this disaster?

I don't have an answer to any of these question, but I do believe that God is always present in disaster.  Not as the bringer, the punisher, the avenger, the wrathful destroyer, but as the abiding presence of love that cleaves to the dying, the grieving, the bereft, the sad, the terrified, the scared, the afraid.  People will be left without many things, but they will not be left without God's care for them and God's love for them and God's wish for them to know that love and care.  God's message to us is over and over again "Fear not, for I am with you."

But of course God does not swoop in to rescue.  God does not rebuild homes and give people shelter and clothing and food.  We do, because we are commanded to do unto others, to love neighbor, to minister to God's people because in doing so we are serving God.  Already the Red Cross and other humanitarian organizations are ramping up.  I hope you will offer your prayers for the people of Japan and the people who will go in to bring aid to them.  I hope you will support that aid with your money as well.

Meanwhile, we meditate on all of this, privately and publicly.  On the public side, the British Methodist minister Angela Shier-Jones has written a beautiful poem/psalm/prayer called A Psalm of Earthquakes and Tsunamis, which you should read, here.  My own words could never do it justice.  She begins, "O Lord, hear the cry of your people as creation trembles and we are made small ..."

Ray Barnes said…
Many thanks for putting into such appropriate language, the thoughts and prayers of so many of us.
Thanks also for including the wonderful poem/prayer of Angela Shier-Jones. For those of us who do not have ready access to the right words.
Lord have mercy.
March 11, 2011 at 12:11 PM

Anonymous said…
Indeed our hearts go out to so many today whose lives have been changed forever.. thank you for your words, Judyx
March 11, 2011 at 4:45 PM

Charles said…
will us some of your words( with due acknowledgement) in intercessory prayers tomorrow at our church Hope that is ok?
March 12, 2011 at 6:23 AM