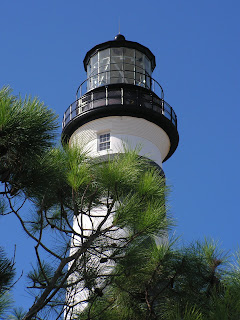 Sometimes the Bible is funny.  Like today, in the story in the Gospel of John, where Jesus and Nicodemus engage in a sort of abbreviated first-century Greek version of “Who’s on First,” the famous Abbott and Costello routine.
It’s an odd little scene to begin with - Nicodemus is a leader of the Jews, a Pharisee, meaning that he is dedicated to studying the Scriptures in conversation with others and tries to interpret and apply the Scriptures to how he lives his life.  But he comes to Jesus at night, which in the world of John is a clue that he knows he is doing something wrong.  Night is when you do things you wouldn’t do in the light; night is when Judas goes out from the table after the last supper and betrays Jesus.
Nicodemus greets Jesus by saying that he, Nicodemus, and his folks know that Jesus is sent from God.  Now perhaps Jesus becomes a little amused at this assertion, for being “sent from God” is the same thing that was said about John the Baptizer at the beginning of this Gospel.  “There was a man sent from God whose name was John.”  All of the Gospels go to some length to differentiate the Baptizer from Jesus, and it’s no different here.
Jesus is not just sent from God.  As we heard in the first verse of this Gospel, Jesus has been from the beginning a resident of the kingdom of heaven and is on earth for a little while before he will return to God.  And so he responds to Nicodemus by saying something about himself, but he does so by using a word that has more than one meaning.
You know, like mouse.  There’s a mouse that has a tail and scurries through the meadow, and there’s a mouse that’s connected to your computer.  You would be surprised to hear someone talking about a great new mouse she uses for her work if you are only thinking about a mouse that is in your kitchen cabinets which causes you to stand on a chair when you see it.
Or rock, which is a thing you like to do in a chair on the porch but is also a thing you find outside on the ground.
We don’t get this in our English translation of the story of Jesus and Nicodemus, but in Greek, one of the words that has two meanings is anothen.  It means either “again” or “from above.”
When Jesus starts talking about himself as one who has been born anothen, he is talking about being born from above, being descended from heaven, which is his unique identity.  Nicodemus, however, hears Jesus say anothen and immediately thinks about being born again.  Hence his incredulous question about entering a second time into one’s mother’s womb after one is grown, which he knows is impossible.
And Jesus doesn’t exactly labor to set Nicodemus straight.  He seems to be having a little gentle fun with Nicodemus, who comes in saying that he knows all about Jesus already.  He knows he is a teacher who performs signs and is sent from God, which was true of many people in that time and place.
But clearly, he doesn’t know all about Jesus.  By the end of the Gospel, Nicodemus will return to the story as the man who comes with Joseph of Arimathea to prepare Jesus’ body with spices and lay it in the tomb.  By the end of the story, Nicodemus will understand who Jesus is.  But today, he hasn’t gotten it yet.
And so Jesus talks about himself to Nicodemus.  Now, John’s Jesus tends to speak in fairly long discourses instead of pithy one-liners, and so while Jesus is waxing eloquent about the mysteries of the kingdom of God, and the way the Spirit moves through and around us, and how we don’t see the Spirit but we see the fruits of the Spirit - poor Nicodemus is still sitting there thinking about the mechanics of childbirth.
What Jesus wants to get to in this discussion is about his part in God’s plan of salvation.  He’s aiming at a verse we all know:  “For God so loved the world that he gave his only son, so that everyone who believes in him may not perish but have eternal life.”

Ray Barnes said…
Nice clear simple exposition Penny. How about producing a "Penny" bible for simpletons like me who find some classic bible text too obscure?
March 20, 2011 at 3:25 PM

Penelopepiscopal said…
Thanks Ray - I think sometimes that the "classic texts" are the ones we kind of gloss over. It's good to take another look, especially to look at a text in the context of the whole book. At least, that's what I think.
March 20, 2011 at 4:40 PM

Greg Richardson said…
The wind blows where it chooses, and you hear the sound of it, but you do not know where it comes from or where it goes. So it is with everyone who is born of the Spirit.

Perpetua said…
Thanks so much for this, Penny. A lovely exposition of an important passage. I so wish more Christians would read past the condemning to the saving.
March 21, 2011 at 4:17 AM

Penelopepiscopal said…
Greg - yes. I think Jesus is gentle with Nicodemus. Inviting is a good word.