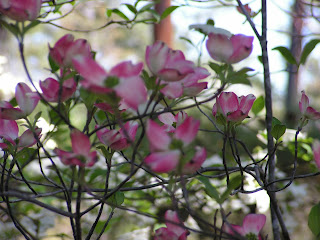 So, scientists say that there is a "happy gene."  Or at least they were saying so in the late 1990s.  Some people describe those who seem to have the happy gene as having an annoying tendency to look on the bright side of life.  (Cue the ending of Monty Python's movie Life of Brian.)

As someone who has been tagged with this description (including, on occasion, the "annoying" part), I wonder at our desire to find a gene for everything.  I certainly get it that some folks have personalities that are sunny or are, simply, optimists. They see the silver lining in clouds and the glass is always half full instead of half empty.  Is this really genetic?  Or does labeling something "genetic" give an opinion or general observation the added weight of biological scientific backup?

What's the difference between and among our genetic makeup, our tendencies, our personalities?  What part does the nature vs nurture argument play?  (There is a field of study called personality genetics, which speaks to this question, in, naturally, a scientific way.)  Are we the way we are solely because of the way our genes tell our brains to work?   Or does our environment and personal history have any bearing on our tending towards being either a Tigger or an Eyeore?  Is there a quota so that humanity is not too much in one camp or the other?

And while we ponder that, it seems that half-full people annoy half-empty people and (to a lesser extent) vice versa.  I have noticed how much more frequently people talk about being annoyed since I've become an adult.  Is this new, or am I just now noticing?  When I was growing up, going around talking about being annoyed by everything was not really kosher, at least around my house.  We were supposed to put up with each other without a great deal of complaint - that's what family and friends do.  Perhaps we suffered in silence.  Whereas our kids feel free to admit how annoying just about everything and everybody is or can be.  They get annoyed at school and at home and on the internet.  Lots of things are annoying, as it turns out.  Who knew? 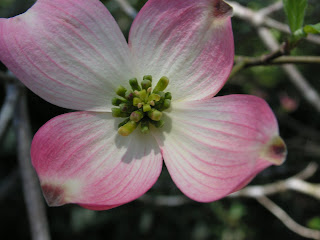 I can't say that I am frequently annoyed.  Maybe that's because I'm an optimist, a glass half-full, sunny personality type.  Or maybe it's because I was taught not to be annoyed - or at least not to verbalize my annoyance - as a child.  Hmmm.

At any rate, we are all made in the image of God.  Even when we are at our most annoying.

Gerrarrdus said…
Would never want to lose being a "Glass half empty" person. It would ruin my sense of humour. And I like my sense of humour. Even when it brings the "happy people" down. But then they need to be brought down occasionally! It's a serious business, is life.
May 19, 2011 at 3:00 PM

Ray Barnes said…
I too am in the half-empty group, like friend Gerrarrdus and also like him, I value my (warped) sense of humour.
I must say I'm glad to know we can legitimately blame it all on God.
He certainly has a lot to answer for.
May 19, 2011 at 4:17 PM

Anonymous said…
An article, which I didn't have time to read, on the internet y'day said that scientists have also proved that 'happy' people die younger - so we can't win can we? lol - must stop laughing might die or upset people ;)
May 20, 2011 at 4:47 AM