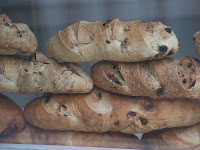 
You may be wondering this morning, along with folks at every other church that uses the Revised Common Lectionary, what on earth is going on in this Gospel story. Four out of five preachers I talked with agree, this story has components that seem to be unintelligible not only to us but to Biblical commentators everywhere. (The fifth preacher told me he wasn’t preaching this week anyway.)

I myself am wondering why I used up my “let’s sing during the sermon” card last week instead of saving it for today. We could have sung “There is a balm in Gilead” in response to the question voiced by the Prophet Jeremiah.

But here we are, and in the face of such a difficult Gospel reading, as tempted as I might be to change the subject and talk about some general topic like love, we probably ought to try to see what we can discern about our life of faith through this story from Luke. And actually, in addition to some true head scratchers, there are some things here that connect and resonate with other things that Luke has been emphasizing or will emphasize in his telling the Jesus story.

We might consider the story as if it were a mosiac, a scene or image made up of tiny pieces, that we sometimes have to back away from in order to make the whole image out. And yet at the same time, it’s like a jigsaw puzzle in which we gather all the pieces that are similar in color or pattern together - the blue ones and the flowered ones and the yellow ones -in order to make the picture whole.

So let’s dive in.

First off, we find that the trouble begins because other people tell the master that the steward is squandering the master’s property. Other people think the steward is not managing the master’s stuff properly. They disapprove. Now, in the previous story in Luke, which we didn’t read this time but you all know it, there is a younger son who goes out and squanders his inheritance. Same word - squanders. That son realizes what kind of trouble he is in and comes up with a plan by which he might be able to save himself and at least have a place to live - by returning to his father and asking for a job as a hired hand.

Perhaps the younger son was shrewd enough to know that his father was too generous to allow his son to work as a hired hand, but at any rate, his plan worked even better than he had imagined, and he was received into his father’s home with great fanfare. His own debts were cancelled and everyone except for his older brother, who disapproved of the father’s generosity toward the younger brother, joined in the rejoicing....

So now we can see some things that match other things - squandering, people disapproving, seeking after a secure home, someone recognizing that he is in trouble and devising a plan to get out of trouble, a plan that hinges on generosity and forgiveness. Could it be that in contrast to the prodigal son, who squandered his father’s money on wine, women and song, all for himself, the steward has squandered his master’s property by forgiving the debts of others, and by lessening their burdens?

The text doesn’t tell us what his particular brand of squandering was, but the path he takes when he moves into action after he is summoned by the master is to use what power and influence he still has to make things easier for others, knowing that by his actions he is assuring a place for himself in the future when his current situation is history. ...

Jesus seems to draw that connection. See how he says to the disciples, for he is addressing them in this passage and not the Pharisees, who Luke tells us are lovers of money, “Make friends for yourselves by means of worldly wealth so that when your current life is history, you’ll be welcomed into an eternal home.”

And now here comes Jesus’ punch line, his explanation for what he means by making friends with worldly wealth in order to be welcomed into an eternal home, He says, “Because if you haven’t been faithful with worldly wealth, then who will trust you with the true riches of heaven? Remember that you can only serve one master and that master is God, not worldly wealth.”....

Now let’s recall some other things we know about Luke. How one deals with money is a real live issue for Luke. At the very beginning of this Gospel, Mary sings in the Magnificat that God will lift up the lowly
and send the rich away empty. In Luke we find a warning that it is easier for a camel to pass through the eye of a needle than it is for a rich man to enter the kingdom, which Jesus mentions as commentary when the rich fool builds barns to keep all his grain for himself. Today Jesus sternly warns the disciples: you cannot serve God and Mammon, (or worldly wealth or dishonest wealth or unrighteous wealth, depending on your translation). And next week we will come upon the famous line “the love of money is the root of all evil.” ...

Here’s another story about money that we know only from Luke: the story of Zaccheus, the wee little man who climbed the sycamore tree in order to see Jesus passing by. Zaccheus was a wealthy tax collector, and Jesus called him down from the tree and told him he would be going to eat at his house that very day. And Zaccheus, having been sought out like this by Jesus, at once declared that he would give away half his money the poor and make restitution to anyone he has cheated.
And Jesus responds by telling everyone gathered around that salvation has come to Zaccheus as a result. Zaccheus, having encountered Jesus, makes proper use of his money - that is, he gives half of it to the poor - and now will freed from his bonds to his wealth and will be able to enter the kingdom.

It may be hard to enter the kingdom if you have wealth, but it’s not impossible, as Zaccheus shows. It’s not money, but love of money that is the root of all evil. That love, that urge to serve money, is the bondage that keeps one from being free to enter the kingdom. So Zaccheus must do something for others with his wealth, not keep it all for himself. He must make friends by way of his money - that is he must use his money to support the poor, the lost, those who have no one to stand up for them.

So the picture begins to take shape. We must not serve worldly riches - money, power, influence - but we should use those things to the best of our ability for the benefit of others. To lighten the loads of those who are burdened, who are under the thumbs of the powers that be. Our salvation, our place in the kingdom, our common life, depends upon this.

Even so, we will face the disapproval of others, others who will see our generosity as wastefulness, who will equate the prodigal son’s squandering with the squandering his father engages in by throwing a feast for him instead of throwing a fit, which is the kind of squandering we’re being asked to emulate.

Jesus tells the disciples, yes, the stuff of this world - money, influence, power - is nothing compared to the riches of the kingdom. But while you are in this world, use this world’s stuff to come to the aid of the poor and the powerless. Don’t just pray for them, don’t just remind them that while they may be oppressed in this world they’ll be rewarded in the next. Jesus is telling us that salvation depends upon our using our influence and power and our riches of every kind, including the coin of the realm, to lighten the load of others.

The great Archbishop of Canterbury William Temple, although he was not Jesus, said that in every age, possessions are a trust and we must account to God for their use. Like the steward, we too will be called to account, and we will be praised for using our power to help others. Archbishop Temple also said, the church is the only institution that exists for the benefit of those who are not its members. This is the mission of the church, to be for others.......

And so, perhaps we can see the picture more clearly now. The way to keep from serving money is to give it away. (Hmmm, didn’t I say that last week?) Jesus says that the world’s riches in whatever form we posses them, whether they be power or influence of cold hard cash, are to be freely given away so to ease the burdens of others who are oppressed by the powers of this world.

Others may accuse us of squandering, of giving help away to the undeserving, but our salvation and theirs depends on it. We are all tied together, the haves and the have nots, and if the Scriptures are truly the Church’s book, then the Church is to be about this business of proclaiming in both word and deed good news to the poor. And since the Census Bureau has just released figures showing that ranks of the poor in our country last year rose to their highest level in the fifty years that the census has been tracking poverty in the U.S.,
I’d say there’s no better time to do so than now....

As Jesus says, there is good news for the poor, and you, my brothers and sisters, are it.
Email Post
Labels: forgiveness generosity sermons