A sermon about cognitive dissonance 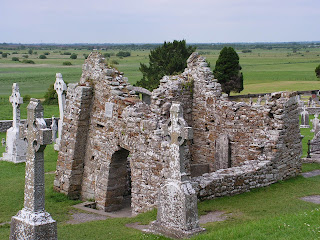 
The definition of cognitive dissonance is the feeling of discomfort one has while trying to simultaneously hold together two contradictory ideas.


If I am like most people, I am deeply uncomfortable with that contradiction. So I am faced with some choices. I can choose to believe that the other person was not really hurt by my actions, which will enable me to continue to believe that I am a good person.


Or I can choose to believe that the other person deserved to be treated badly, which gives me another excuse to continue to believe that I am a good person. I try to justify and excuse my behavior: I wasn't really bad if I was just being mean to a mean person.


Any of those choices will resolve the tension, will eliminate the dissonance. Either I am bad or I am good; either the other person is hurt or not hurt. But you can see that just trying to eliminate the tension doesn't get at the truth. The only way to get at the truth is to be willing to revise my belief in light of my experience. But that's really hard. We don't like revising our beliefs. It can be embarrassing. We sound like we are "flip flopping" - not being consistent. Sometimes we will fight to the death to defend a belief just because we can't bring ourselves to revise it.


This may sound silly, but it happens all the time. People discover that their beliefs don't hold water after having experiences that contradict those beliefs. And then they just don't know what to do.


And so we have the story of the man born blind. The disciples first ask the question, who sinned to cause him to be born blind? Their belief system says that bad things happen to bad people; this is the way God works, by punishing sinners physically. Blind people are blind because they sinned, and if this man was born blind then maybe he is paying for his parents' sin. That's a common belief system, not just in the first century. Even today some folks secretly believe that this is how God works, if not in their own lives then in the lives of others.


But the more extreme example of cognitive dissonance is the experience of the Pharisees. They, too, believe that blind people are being punished for sins. They also believe that righteous Jews keep the Sabbath in the way that they think people are supposed to keep the Sabbath, and that the Messiah will come from the House of David and will be from Judea. Then Jesus, a nobody from nowheresville Nazareth in Galilee comes along and heals the blind man on the Sabbath. And they experience cognitive dissonance. We know you, they say. We know all about you, just as Nicodemus said a couple of weeks ago. We know about you already and don't confuse us with the facts.


And so some of them say, Jesus is a sinner, and he didn't really heal this man. The man was either not healed or else he wasn't born blind to begin with. A sinner cannot heal a blind man. That's their belief and they're sticking to it. And yet the man is healed. After all their questioning of him, and his parents, the fact remains that the man was healed, and he was healed by Jesus, and it happened on the Sabbath.

What they do is to kick him out. They return to the original belief - blind people are blind because they have sinned, and so this man, born blind, was born in sin. Even if Jesus did heal him, Jesus is a sinner, too, because he can't be from God, because he doesn't correctly observe the sabbath. The man goes from being a blind beggar to a functioning member of the community, but they choose to pick on both the man and Jesus who healed him. If you can't change the facts, if you won't revise the belief, then attack the people themselves.

And so they kick out of the synagogue the man who was formerly blind. That way, they can continue in their beliefs, despite their experience. The tension is resolved.

We see this all the time, don't we? People attacking other people, refusing to reconsider their own belief systems in light of experience - their own or someone else's. They will discount that experience, deny that the other person had the experience, make an excuse about the experience, and if nothing else works then just launch a personal attack. (Your mama!)

And if possible, kick you out, so you won't be there in front of them where they will have to look at you and experience cognitive dissonance all over again every time they see you. You become a negative symbol that pricks their consciences. They'd just rather not have you around. Nobody enjoys having their conscience pricked.

(How I remember that from elementary school days, when white families wanted to kick the black families out of the schools even though the law said the schools were for everybody. Even if they didn’t overtly recognize this, many of the white families didn't want to be around the black families because then they might have to change their beliefs about them when they got to know them.  Perhaps some of you remember that time, too.)

This week, we saw this phenomenon writ large, international in scale, in the shameful saga of the pastor in Florida who, at his church on March 20th, put the Qur'an, the holy scriptures of Islam, on trial and called on his congregants to return a verdict and vote on punishment. They found the Qur'an guilty and burned a copy at the church, which rather ironically is called the Dove Outreach Center.

You see, the pastor of that community, although he doesn't know any Muslims, knows all about Islam, and he condemns it. And of course he has the right to do this under our laws protecting free speech, just as the group from the Westboro Baptist Church in Kansas has the right to picket and protest churches, schools, and the funerals of our soldiers slain in battle in the group's campaign to showcase their belief that God hates Jews and homosexuals. Because they know all about God.

In response to the Qur’an burning, a terrible wave of violence has swept through Afghanistan. There are no laws of free speech in Afghanistan. Several people who worked at the United Nations office in Mazar-i-Sharif were killed and a girls' school was torched. Rioting has continued all weekend. Because these extremists in Afghanistan know all about Christians, and they condemn us. As far as they seem to be concerned, we are all the same as that Florida pastor. And as far as many American Christians are concerned, all Muslims are violent killers.

The violence in Afghanistan is reprehensible and in no way under any circumstances should be excused or explained away. There are extreme elements in Islam. And they get the headlines when they commit atrocities. But not all Muslims are terrorists and murderers. Most Muslims, certainly the ones I and my family know, are folks like you and me who want to work, and worship, and raise our families in peace and in light of our life in God.

There are, as you know, extreme elements in Christianity as well. They get most of the headlines, too. The vast majority of us who are not part of the extreme wing of the faith don't generally make it into the news. Not all Christians go around holding vigilante trials, holding up signs saying God hates you, and setting fire both to Qur'ans and children's playgrounds at mosques, but some do. That is reprehensible behavior as well.

History has proven over and over again that hate begets hate and violence begets violence. Shaming, hating, desecrating, attacking, killing are all wrong, even if in different degrees. We cannot kick one another out of the world or even out of the parts of the world we like to call ours. We cannot hate our way to peace. Being mean because others are mean does not excuse our own meanness. Eliminating the tension does not allow us to get at the truth.

We cannot ignore our common humanity with people of every faith and no faith at all. We are called to love our neighbor, which means to actually get know them as children of God. Even if it is uncomfortable; even if we find our prejudices challenged by new experience; even if it means we need to revise our beliefs in light of that new experience.

Jesus healed the blind man, without the man even asking for that healing, and sought him out after he was kicked out of the synagogue. Jesus does that, you know - he finds and stands with those who are marginalized and hated.  Including those we marginalize and hate.

My prayer is that we, too, will be so generously healed; we all will receive the spiritual sight that allows us to see all human beings as created in the image of God. Sight that enables us to look within ourselves to find and root out our own hatred, our prejudices, and especially our fears that are at the root of it all. Sight that helps us see that re-treading the worn ruts of retribution only serves to preserve and renew the cycle of violence and degradation.

Sight that will see Jesus - who came to reconcile us all to God, who came not to condemn the world but to save it - on the cross, dying for us while we are yet sinners.  Sight that will recognize Jesus standing with those who are marginalized and persecuted, and give us the courage to know that we are called to stand with them too.
Email Post
Labels: community courage following Jesus Lent open our eyes relationship repentance risk-taking sermons

Mary Peterson Johnson said…
Yes! Your words powerfully tied together the readings for today and the readings from our newspaper. The light metaphor and the healing from blindness also speak to how you can't go back once you've "seen the light." Once we see someone as a full human being, we can't go back to seeing them as subhuman, as so different from us that they can only be our enemy. Then it is the people who haven't (yet) seen the light who can't stand the tension and eject the folks with the new perspective...
April 3, 2011 at 5:20 PM

Penelopepiscopal said…
Thanks, Greg! These stories from John are wonderful and offer so many avenues for consideration - rich indeed. Following the Jesus of John requires us to use all of our faculties.
April 3, 2011 at 8:08 PM