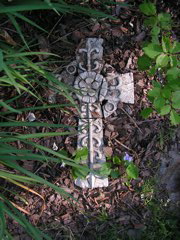 Another wave of devastation blew through the American South yesterday and last night.  This is becoming a weekly occurrence, it seems.  The metro Atlanta area where I live did not see more than heavy rain and winds with thunder and lightning, but our neighboring state of Alabama was hit very hard, particularly in the Birmingham and Tuscaloosa areas.  Some parts of Georgia also saw significant damage, especially in the northwest corner of the state, but there were also tornadoes, damage and deaths reported to the south and east of us as well.  The media reports nearly 200 deaths across the South and a great deal of destruction.

Please keep the people in these communities in your prayers.

Perpetua said…
Penny, I thought of you as soon as I looked at the report and pictures on the BBC website this morning. North America seems to be having the most dreadful weather this spring, which seems so unfair as we in the UK have basked in weather more like June than April. Prayers of course for all affected and that the weather will calm down and become what it should be at this time of year.
April 28, 2011 at 9:58 AM

Penelopepiscopal said…
Thanks, you two. Many are digging out and grieving today around the region; your prayers are appreciated!
April 28, 2011 at 12:39 PM

Ray Barnes said…
Penny, I've only just seen (belatedly) the awful news footage of the storms in the US.
Please add my prayers to all those others.
April 28, 2011 at 1:01 PM