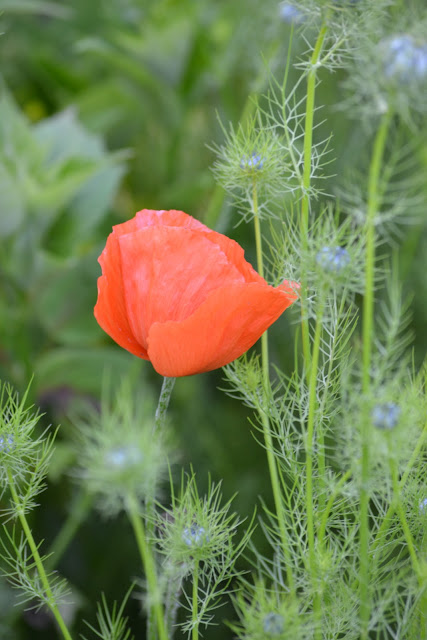 The last few days have been sobering. The anniversary of my father's death, the anniversary of the Kent State shootings, and the shooting of the administrative assistant and one of the co-rectors at St Peter's Episcopal Church in Elicott City, Maryland have all been on my mind.  Death, death, death.

Please pray for the other co-rector at St Peter's, Kirk Kubicek, and for the staff, vestry, and people of the parish, as well as for the mentally ill homeless man who apparently shot the two women before taking his own life on Thursday afternoon.  The story is just heartbreaking; the man had been receiving food from the church's feeding ministry and had been told that he was about to exceed his limit for receiving help; the co-rector was a pastoral counselor specializing in trauma, including violent trauma.

Lord, have mercy upon us all.

The church shootings hit close to home.  Ellicott City is not that far away and I consider any priest of the Episcopal church a colleague. We are one body and one church.

But for whatever reason, the Kent State shootings have been what has really stayed with me these last few days. I remember that event well.  I was finishing up my freshman year in high school, and I remember how I would have wanted to be one of the young people protesting the war.  The war was looming over all of us; I had a brother who expected to be drafted into the army, and our family was in some turmoil in those days.

And then I think about my own children, one in college now and another who will be headed that way in a little more than a year.  I think about how important it is to put our passions into action in the real world - and how worrying that can be to a parent. We want our children to care deeply and to act on their beliefs. And yet, I imagine I would wish that my own children would keep their heads down and not put themselves in harm's way.

Not that any of us can stay out of harm's way, unless we shut ourselves in our rooms and never come out. And even then, stuff happens. I know I would be wrong to want my children to "play it safe" and to keep their passion at bay out of fear.  The glory of God is a human being fully alive, as Irenaeus said, and fully alive people do not play it safe.

And so we are back again to trust. Trusting in God's promises to us that we will never, never be alone or abandoned by God; that no matter what happens, we belong to God and will return to God to be healed and made whole. Trusting that death is not the worst thing that could happen, even when things seem so bleak and the world seems so broken.

Lord, have mercy, and help our unbelief.

Bill Bynum said…
A deeply meaningful essay. When the Kent State tragedy occurred, I was completing my first year full time at William and Mary. I was seriously involved in teaching my students and maintaining my publication record, so it was full "head down" mode for me then. But you are absolutely right. A productive life lived outside a panic room does indeed come down to a trust in God, something I didn't fully realize then.
May 6, 2012 at 4:44 PM

Penelopepiscopal said…
Thank you, Bill. The good thing is that we never stop growing, spiritually. Things we didn't "get" once we may "get" some day. I am profoundly grateful for that.
May 6, 2012 at 9:25 PM