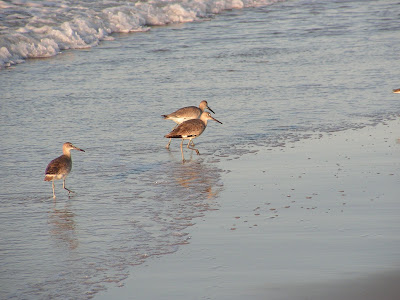 I used to dream of those family mealtimes when everyone was relaxed and happy to be at the table together at the same time.  Sharing laughs and stories and interesting conversation, enjoying the food and not dropping it on the floor (accidentally or on purpose) or getting up constantly, or telling each other what to eat or complaining about the vegetables or snorting milk through their noses.  I have dreamed of dinner conversations that didn't have to do with bodily functions.  Whenever I read one of those essays about the halcyon days of someone else's dinner table, I wonder if, in general, families really do have those wonderful mealtimes together or if the reporter of said halcyon days is just lying to get attention.

Oh, sure, we've had some of those meals, although to be honest we're more likely to have them around a restaurant table so that someone is not flustered from cooking, everyone got to order what they wanted (including the parents' glasses of wine), and nobody will have to wash dishes.  We had some fun just yesterday, sitting around the dining room table eating takeout subs.  Of course, two of our grumpier members were not present.  But still, we were in good spirits and had some laughs.

I have memories of my family dinners growing up - always at 6:00 o'clock, with the Huntley Brinkley Report going on in the background (although we couldn't get up in the middle of the meal to go watch it, which was ok because it was usually just Huntley's or Brinkley's talking head shot anyway).  Lots of teasing went on at our table.  My brother and I teased our mom about her casseroles - whenever she told us she got the recipe for that night's dinner out of a magazine, we made all kinds of faces and groaned loudly.  My brother teased me a lot and especially liked to tell jokes at the table.  There were definitely a couple of milk-out-the-nose episodes courtesy of his deliberate timing of the punchlines.

I expect mealtime was not all that satisfying for my mom since, in addition to the tv and the unenlightened conversation and behavior, I was a terribly picky eater and often would have to sit at the table for two or more hours because I hadn't finished my liver or spinach or drunk my milk.  I hoped to wait her out, to get a break when she would finally have to leave the room for a minute and I could quickly throw my food out the back door for the dogs to eat.  I also unsuccessfully tried the hold-it-in-my-mouth-until-she-wasn't-looking trick.  But usually I just had to sit there until I could choke down whatever it was I didn't want to eat.  It was awful.  And I expect it was awful for my mom, too.

So I have mixed memories of family dinner, myself.  The important thing is that I did experience it as family time, whatever the quality.

Given my own negative contribution to my growing-up family dinners, I suppose I shouldn't be surprised that my grown-up family dinners are often exercises in frustration.  They actually seldom even happen, as our family is often out in all different directions until well after "supper time."  I suspect, too, that in fact, most families do not achieve the wonderful family meal experience on a regular basis, but only sometimes.  Fortunately, I don't think my kids read those magazine articles or blog posts about the wonderful family dinners that other people are supposedly having, and even if they did, I doubt they would care.

So I think it's past time to let that fantasy go, and for the most part, I have.  I am only occasionally wistful about the dream family dinners.  I am not always frustrated that on the days I do cook dinner, nobody is at home at "dinner time" to eat it.   What's more important is that I am thankful that we have a family and that we have food to eat and a table to eat it on (even if it has to be decluttered every day) - and a dishwasher and towels and a mop.

Ray Barnes said…
What a host of memories your lovely post brought back. I too spent quite a bit of time trying to find ways to hide the unwanted bits of meals which were not to my taste.
Although of an earlier generation than you, the experiences were very similar. My pet hate was meat with fat on it.
We did sit down all together, sometimes minus my dad who would either be at a meeting or on a late shift, but meal times were pretty strictly adhered to.
In later years John and I ate our meals on trays in front of the TV. I know, no excuses really except we were in need of relaxation after a day's work.
Now, I don't even own a dining table, seldom cook and miss it not at all.
Don't know what all the fuss is about really.
July 6, 2011 at 2:57 PM

Penelopepiscopal said…
Ray, exactly! I find it interesting that in our community, all the home renovations include very fancy kitchens with state of the art appliances that look beautiful but nobody much uses. The restaurants in the neighborhood, though, do a booming business.
July 6, 2011 at 3:47 PM

Penelopepiscopal said…
I should add that I think family time is very important. I just am not so sure that connecting it to meals around the dinner table at home is the only way to foster family time.
July 6, 2011 at 9:01 PM

Anonymous said…
Starkeningly good Penelope! You are so apt over the keep it together idea of man and matron, son and family, and friend and guest! It is JESUS who began the trend of inviting, St. John 21:12, and others added wine to it. Hey thanks!
July 7, 2011 at 1:14 AM

Perpetua said…
Like Ray, I found lots of memories evoked by your lovely post, Penny. I couldn't bear gristle or fat and was also kept back at the table when my sisters had left until I "cleared my plate" (that mantra of immediate post-war good manners)

The family always sat round the table for meals when I was a child and we tried to do it as much as possible when our own children were young, but now DH and I often just sit with a tray in front of the TV when we're on our own. I'm pleased to say that our grown-up children still have meals round the table with their own sons - but the latter aren't teenagers yet....

Penelopepiscopal said…
Thanks, Perpetua - we did have a good holiday!
I think a lot of children have issues with certain foods that are slimy or fatty and I think you are right that the post-war generation wasn't interested in accommodating those issues. I couldn't bear to eat scrambled eggs if any egg white was in them - the sliminess triggered a gag reflex. Fat and gristle and boiled squash were also on the list. And milk - I was allergic to it when a child and never able to stomach it. My folks thought I should be grateful to have good food, and that I was being picky, but it really felt like a physical reaction. Fortunately, I got past it but there are still slimy foods I cannot bear. It's nice to enjoy a meal but one can't enjoy much when there's so much pressure for the meal to go as someone else thinks it must go.
July 7, 2011 at 4:36 PM