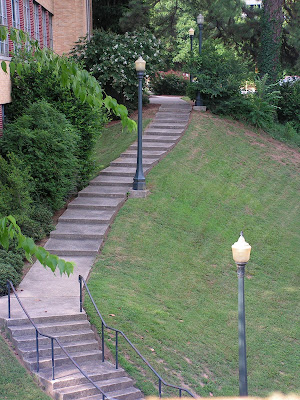 I've been having internet connection problems.  Trying to diagnose them by isolating each aspect of our computer system - computer, operating system, data line, modem, network router, cables, and whatever else - has taken up a lot of time.  Not surprisingly, I did not schedule an internet interruption, and even if I had scheduled it, it (of course) took way more time to deal with than I would have planned.  And, actually, I'm not finished with it yet - our new modem has just arrived and I still have to set that up.

Our connection was very sluggish and often just abruptly stopped working altogether.  Loading pages would sometimes happen, sometimes not happen, and often would take forever.  I had to restart things several times.  It was an incredibly frustrating experience.  I often felt as if I was trying to walk through waist deep mud.

Life does get that way sometimes.  I've been feeling that way a lot lately.  Things take forever to finish, or maybe end up not getting finished at all.  Roadblocks, broken connections, hidden difficulties, frustrations all make one want to just give up.  Depending on the situation, it can make one question one's choices.  Maybe if there are this many roadblocks, I'm not supposed to do (fill in the blank) right now.  Or maybe ever.

Fortunately, while I will not say that my internet problems are over (since I still have to set up the modem and our home network), there is light at the end of the tunnel.  The modem is actually here in the house and that's a major step in the right direction.  After I post this, I'll get to work on that.

And, after all my frustration, I found the place I wanted to stay, called them, and they had room for the three of us for the days we wanted! Without what feels like the usual wading through mud slowly of the last few days.

So, obviously, since the plans for this mini vacation came off so easily, God wants the boys and me to go to the beach.  Hallelujah!

Now let's hope that God also wants out internet network to work at our house again, too.

Ray Barnes said…
He surely will Penny.
He is just helping you to get your priorities right. Enjoy the break, you've earned it.
July 28, 2011 at 5:40 PM

Kay Guest said…
Hey!
God wants me to go to the beach too, can I come?
No? Well, would you build a sandcastle for me, wiggle your toes in the sand and breathe in that salty air? Thanks, I feel better already!
Kay
July 29, 2011 at 9:21 AM

Penelopepiscopal said…
Ha ha, Kay, I'm glad you're so easily influenced! I will be posting sandcastle and beach pictures!
July 29, 2011 at 10:21 AM