We wouldn't do that 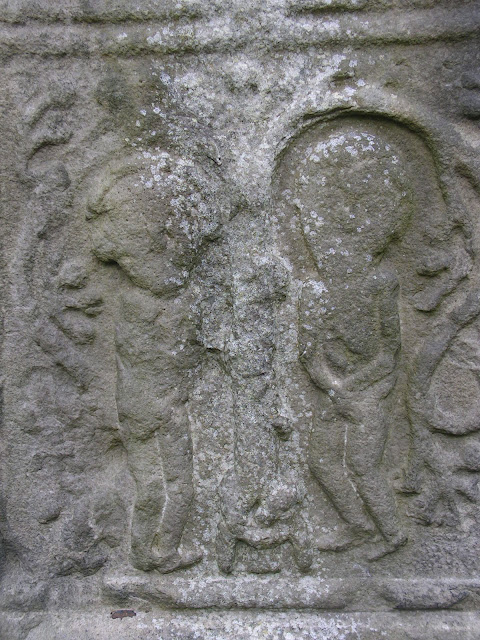 It's natural to want to keep death and destruction far, far away from us.  Very few of us are equipped to deliberately head off into danger.  We like to think that we are safe, and that we can be safe if we don't do things or go places that are unsafe.

But hear the Psalmist: "Only in you do I dwell in safety."

Like everyone else, I was shocked and saddened by the carnage in Norway on Friday.  I read with horror the first-person accounts of survivors from the island camp and looked with pity on the photographs of white-wrapped bundles placed on the shore.  I watched with resignation as the comments began flying: this must have been done by a Muslim; no, he wasn't a Muslim; it was terror; no, only Islamic fundamentalists are terrorists; he is a Christian fundamentalist; no, he is a madman.

And then the difficulty about this camp being liberal or Marxist held side by side with the fact that these victims were teenagers.

And then we heard that Amy Winehouse died.  And the comments came again.  We could have predicted this would happen; everybody knew she was messed up; she checked herself out of rehab and wouldn't get help; why are people making a big deal out of this addict when all those children were killed?

It made me sad to hear people blaming Amy Winehouse for her addiction and possibly her own death.

In our desire for safety and security, there is this sad little piece we ourselves contribute to tragedy: that somehow other people did the wrong thing or went to the wrong place.

We wouldn't do any of that.

Lord, have mercy upon us all.

Perpetua said…
Very well said, Penny. So it's all started on your side of the Atlantic too.....

For the record "cultural Marxism" is the perpetrator's phrase and virtually meaningless except to those for whom the very word Marxism is like a red rag to a bull. The Norwegian Labour Party is left-of-centre, yes, but only mildly so. Only in the mind of someone fixated on the 'evil' of multiculturalism could this very democratic party be seen in those terms. Sigh...
July 25, 2011 at 11:30 AM

Over here, "Marxism" or "socialism" is still viewed with a particularly jaundiced eye. Some folks haven't been able to get past the cold war and suspicion of "socialism" is still very strong among our more conservative citizens. When our President was trying to get his health care plan passed, political opponents (even those who had championed just such an idea in the past) began a massive effort to paint it as "socialist." And it worked. Many folks, including those who benefit from government programs themselves (which they did not think were "socialist"), opposed the plan and voted for people who have pledged to overturn it.
July 25, 2011 at 11:47 AM

Revjeanrolt said…
I have tried not to comment on any of yesterdays deaths....but I think Penny is right in thinking that the need to blame and to categorise those who commit these acts is endemic. I suppose it does make us feel safer if we can find a reason for dreadful acts of violence and for self abuse but we rarely have the facts that make it possible.
I have lost a daughter to drink and drugs. Amy's parents will be judging themselves, there is no need for anyone else to join in.
July 25, 2011 at 1:14 PM