A sermon about the profligate sower 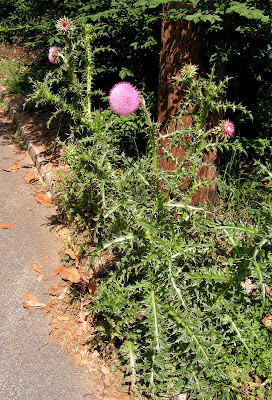 
Hear the parable of the sower, Jesus says.

Most of us, I'm guessing. We always think everything is about us....

It's parable time again.  We're beginning to read the section of Matthew where Jesus teaches using parables, and there will be more of them in the weeks to come.  Parables are not like fables - there's not a neat moral at the end.  They're not easily summed up, and they often operate on more than one level at a time.  Certainly, parables are puzzling, but they are not necessarily riddles.

Parables often employ familiar activities (like housekeeping or farming or herding) that most everybody can understand and then there's some kind of twist added to them so that they in fact sound absurd to the listener.  Not many of us are farmers or herders, though, and our housekeeping ways have changed considerably in the last two thousand years, so we often miss the absurdity part.

Our modern ears hear parables much differently than Jesus' audience would have heard them.  We try to reshape them into a form that we do understand, particularly the morality saying or fable form because we love for Bible stories to have a moral at the end, even though most of them don't.  Jesus tells a story and we want there to be a right answer at the end so we'll know what to do.  But that's not quite how parables work.

Most importantly, Jesus almost always uses parables to talk about God's ways.  He often begins, The Kingdom of God is like..... and then tells the parable.  That's what we are supposed to remember, that parables are Jesus' attempt to talk about something that's impossible to describe.  Just as the Holy Spirit is described as "like a dove," we miss the point if we focus on discussing the different kinds of birds.

The parable of the sower is one of the most familiar parables of Jesus.  Unlike most parables, Jesus even does some explaining at the end to lay out the allegorical sense of it.  But that explanation, except for the first phrase, confuses us even more because it follows an auxiliary part about what happens to the seeds by then linking the places where the seeds fall to types of people.  Sadly, all this explanation tends to overshadow the part we're supposed to be paying attention to.

Remember how it starts out:  it's the parable of the sower.  Jesus says that right up front.

And what about the sower?  The sower flings out the seeds everywhere.  There is no pre-flinging soil analysis in this story. The sower doesn't sit down and figure out where the best place is to put the seed.  The sower doesn't try to avoid the rocky places.  Because the sower knows there is more than enough seed to sow in every nook and cranny and even more than enough to waste - and who can say how much is wasted?  It feeds the birds, it goes back into the earth, it nourishes even when it doesn't immediately look productive.  It may come up later, you know.


The sower is unbelievably extravagant, exuberant to the point of being profligate.  Which is sometimes a negative word because it means wasteful, but who is to say what is wasted?  Who cares if the sower throws the seed everywhere - it's the sower's seed, not ours.

And this is where we get to the rub.  Rather than marvel at the extravagance of grace that the sower cheerfully distributes far and wide, we prefer to shift the focus to ourselves (what kind of soil am I; what kind of soil do I need to become so that I'll be right with Jesus) and after we've done that for a while, maybe after figuring out how to define ourselves so we are the right soil, we then look around to see what kind of soil we think other people are and what we think they need to do to become deserving of that grace.  We move from marveling at the extravagant grace of God to that thing we do over and over where we try to justify ourselves and then move on to judging others.  And by the end of the story, we're sizing everybody up.

I asked before, who cares if the sower throws the seed everywhere?  But I'm afraid many of us do care.  We want God to be prudent and efficient and not give away too much of the pie, especially to those who are undeserving.  We forget that with God the pie is never ending and that we are all undeserving.
There is a program in Nashville, Tennessee, called Magdalene. It was started by an Episcopal priest and it's a two year residential program for women who have been caught up in the cycle of addiction and prostitution.

When you hear these women's stories, it's hard not to be absolutely shocked.  I read in one of the books published by Magdalene's founder, Becca Stevens, the stories of some of the women who were homeless and addicted, who would get in cars with strange and maybe violent men because they didn't have anywhere else to go, and then later would buy dope with the money to get high to try and forget what they had just done with those men.  One woman described herself as filthy, having lost her teeth, standing in the rain on the strip with tears running down her face saying Somebody help me. 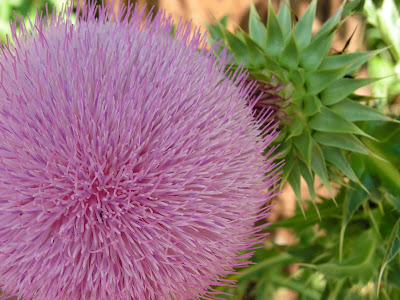 And somebody does help them.

When the women come into the community, sometimes on their own, sometimes after meeting with Magdalene residents who help them get off the streets, most often as part of a sentence after their 90th or 100th conviction, they are given a room with a bed and clean sheets and curtains on the windows, and towels, soap and shampoo, and nutritious meals and medical and therapeutic care.  They get a key to the house where they live together for two years and become part of a safe, disciplined and compassionate community that will give them the space and the support to heal from their life-long wounds.  The program is completely funded by individuals and philanthropic organizations so that the woman can participate free of charge.

One of the things some of the women do is work in a company they founded called Thistle Farms.  Thistle Farms makes bath and body products, healing balms and lotions, which are really great products that you can buy online or at retailers like Whole Foods.  They chose the thistle for their symbol because of the way it grows.  It's a tough plant that manages to grow in the cracks of sidewalks and curbs where there is no discernible soil.  You find them in rocky places where nothing much else will grow.  Thistles are tall and strong.  A thistle can even break up concrete with its tenacious root system.  And the women at Thistle Farms use its soft purple powder-puff flowers, along with old grocery bags, to make special paper that they also sell.

The tags on the Thistle Farms products say, "love heals."

The women of Magdalene experience that crazy profligate grace that we see in the sower who flings seeds everywhere, knowing that even though some seed will not flourish, some will take root even in the cracks in the sidewalk, and who knows what bounty will be reaped.  The women know that one day they were standing by the road, tears coming down hard and fast, and somebody did help them.  And that somebody didn't check to see if they deserved it first, didn't plan for efficiency or productivity, didn't do testing to see if they would produce good results.  Somebody just pulled them out of the ditch and gave them clean sheets and a bath because they were human beings made in the image of God just like you and me.

Not all of the women make it, of course.  But most of them do, and they reconnect with their families and they help other women and they run the business of Thistle Farms to make stuff I love to use in the bath, and they eventually to go out on their own as productive citizens and compassionate, grateful people who have learned to live in hope and who know they have been healed by love.....

It's not about the soil.  It's not about being deserving.  It's about the sower.  The sower who flings that grace out there for everybody all the time.  And who inspires us to be outrageously generous ourselves instead of judgmental and miserly.

And it's about the miracle that happens when that far-flung seed takes root, wherever it does, and produces a totally unexpected and bountiful harvest.

Ray Barnes said…
Yet another lovely post Penny.
I've read some of your information about Magdalene before and it really does sound a wonderful enterprise.
We also had a sermon on the sower and the seed today, very different from yours, but also very good.
It helps me a lot to understand bible stories when someone like you, and today's preacher here breathes life into them.
July 10, 2011 at 2:31 PM

steve said…
Oh Penny, another cup of cold water for this soul... thanks again. I save your posts and read them during the week... I can't keep up with you during the week but I catch up on Sunday..
I wanted to respond also to your post on social media and the church. have you ever heard of someone's life being changed by the gospel through social media? Of course... all of us have! not just a new thing but an integral part of the church today... you have a world wide voice Penny.. keep it up. Our colleague Scott Gunn will change things too in his new work.
god bless and thanks
July 10, 2011 at 7:11 PM

Penelopepiscopal said…
Steve, thanks for being a faithful reader and Party fan. I appreciate your support and encouragement. And like you, I am looking forward to seeing what our colleague Scott will be doing in his new work - I agree he's going to be a mover and shaker!
July 10, 2011 at 8:24 PM

Dom said…
Very nice sermon, Penny! I really liked the focus on the radical love and generosity of the sower, and how you tied in Magdalene. This is certainly a different perspective from most sermons on this gospel (which generally focus on the soil), but very beautiful and thought-provoking. Thanks for the inspiring sermon.
July 10, 2011 at 8:50 PM