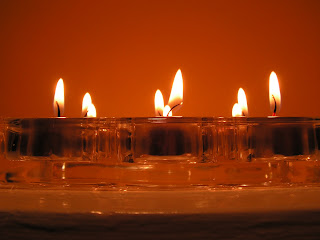 The last couple of days I've been, among other things, bouncing back and forth between watching history continue to unfold in Egypt and reading a novel by Kate Walbert called A Short History of Women (see New York Times review here).

You probably have been keeping at least minimal tabs on the situation in Egypt (and indeed throughout the Middle East) via your favorite news sources.  I switch around and between the New York Times, Twitter, Al Jazeera English newsfeed, and listened to part of Mubarak's speech last evening on NPR.  There are reports coming from CNN tweets that the tanks around the presidential palace have turned away from the crowds.  Today, Twitter is flooded with news, so that I can hardly write more than a sentence before a new alert comes by.  By the time you read this, what news I have will be outdated.  [Actually, during the time I wrote this post, Mubarak's stepping down from office and leaving Cairo has been announced.]  History writ large - the people have brought down a dictator with very little violence.

In contrast, Walbert's novel begins rather pastorally, in green England, with one woman dying for a cause in a sterile hospital room, mostly alone.  Against the backdrop of World War I, she starves herself for women's suffrage.  And then the novel goes on, back and forth in time, to offer glimpses of not only that woman's life but the lives of the women who come after her:  daughter, granddaughter, great-granddaughters...we even see a great-great granddaughter's Facebook page and some blog posts from the granddaughter in her 78th year.

The overarching struggle through the generations is the same, though, in the novel.  Who am I personally in a world dominated by large issues and causes?  War - World Wars I and II; September 11, 2001; the Iraq war.  Academia - may women be granted degrees; may they become professors; are they to be the subject of literary and academic inquiry (what do women want and do they have a history at all)?  Marriage and motherhood - how does that confine one to a too-small world, impeding self-actualization; why can't we really know our mothers and our daughters or our husbands?  Who am I, and do I have any bearing on the history of the world or even my family?  Must a woman simply choose between sacrificing self for family or for a cause?  Why is one expected and the other a scandal?  Is that still even true?

History, causes, sacrifice, relationship.  Causes and sacrifice run through history, personal histories and corporate history, like veins carrying blood back to the heart and lungs for re-oxygenation and recirculation.  In the case of Walbert's novel, themes and events and even names appear and reappear (recirculate) throughout the story, throughout the history of this family of women, of the family of women, passed down knowingly and unknowingly, and they are wrenching.  Wrenching because they seem so necessary to the women who live these lives and yet so unnecessary.

As Christians we believe both that Jesus sacrificed himself for us and that we are called to take up our crosses and follow him.  And yet we also hear Jesus say, I came so that [you] might have life abundant.  And we (I, at least) cling to that verse with heart and mind and soul.  Walbert's novel may not ask this question directly, but I do after reading her novel:  Where is the abundance in the sacrifice of a woman's self in a world that doesn't even notice?  Or is any sacrifice, as Jesus says, the way to cause something new to grow tall and green out of what appears to be old and moribund?  (One thinks, too, of the self-immolations that have sparked revolution throughout North Africa.)

Is this old-fashioned?  Do women still feel the need, the pressure, the expectation to "die," in the metaphorical sense, for their families?  Time has marched on and women have broken through so many barriers.  And yet, Walbert may perhaps be asking, have they/we gained life abundant?  Can we, have we, learned to live differently so that relationships and commitments do not restrict but mutually support and enable partners to be all that they can be?  Or have we really only traded one set of anxieties for another as the world rages on with its wars?

I will continue to ponder these ideas in light of Walbert's beautifully written novel.  There are many questions and they deserve more than pat, reflexive answers.  Indeed, in much of life we find no answers but simply live the questions.

But today what seems obvious to me is this question:  Who are we and what do we want?

The people of Egypt have given their answer in these last two weeks.  We want to be free.
Email Post
Labels: angst Books family for those we love For those who influence public opinion new things politics power