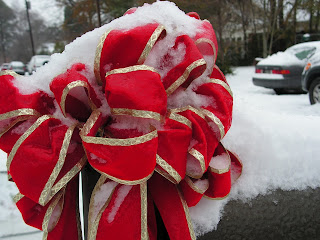 (With apologies to Eudora Welty.  You might like to read her story "Why I Live at the P.O." first.)

I am not sure what it is about the post office, but nearly every time I go, I see people behaving not just badly but very badly.  I have written about this before (here).

Today I went to two post offices.  Neither was a particularly pleasant experience.  In fact, the experience at the first post office trip necessitated the second trip, which was only slightly less bad in that I at least accomplished my errand.

I went to mail two packages.  Upon entering the first post office, I saw immediately that there was a line at the "do it yourself" machine as well as a long line for the clerk at the counter.  I needed to get a Priority Mail box and put it together and fill out the label before I could mail anything anyway, so I took all those materials to a far corner in order do so out of the way of the crowd.

A young woman at the do it yourself machine apparently had several items to mail, and there was an older couple in line behind her.  The male half of the couple got aggravated about waiting for her to complete her project and asked her (it sounded more like an accusation than a question) how long she was going to take because people were waiting.  I didn't hear her reply but he then rather loudly told her that she had too many package and she would have to go somewhere else to finish her business.  After another exchange, he rang the bell to summon a post office employee, explaining as he did so that he was going to get an employee to come and make her go away.  When the employee arrived, he matter of factly (but loudly) explained that this lady had too many packages and that the employee must make her move along and finish her business elsewhere.

Another customer then told him that he wasn't the boss of everybody and that the young lady should be able to mail her packages without his permission about how long it would take and that she wished he would wait patiently like everybody else.  This enraged the man, who shouted at the customer to shut up.  At that point, several people exited the building.

The postal employee determined that the lady at the kiosk was paying for each package separately instead of all together, which was indeed making the transactions take longer, and endeavored to show her how to continue with each package and pay for them all at the end.  But she reiterated to the man that there was no rule being violated here and that she was not going to evict the young woman, just help her move things along.  This further enraged the man.  (His wife - I presume - just stood there silently through the whole exchange.)  He started in on the employee.

I had other errands to run that would take me by another post office, so I thought it best to exit the building myself.

But at the next post office, I arrived in time to listen to a woman berating the man at the counter.  She was enraged because the sign out front says the post office is open until 3 pm on Saturdays but for three Saturdays in a row, she has arrived at 2:30 to find the place locked up.  Fortunately, the postal worker was able to give her the supervisor's phone number and she stomped off to call him/her from home rather than there in the lobby, for which I was grateful.  Within ten minutes, I was out of there and thinking about how people are always maligning the post office and its employees.  I admit to being frustrated that sometimes it does seem to take a long time because only one window is open and the line is long.

BUT, all of the unpleasant post office episodes I've witnessed in the last few months have been similar - patrons are rude, unpleasant, and worse, while the postal employees are quiet and patient and try to be helpful and do their jobs.  It all just makes me sad.

So, my prayer this afternoon is:  O God, for people who work at the post office, Lord have mercy.

Patience we were taught is a virtue. Sadly one which is signally lacking in this world.
February 7, 2011 at 4:30 PM

Penelopepiscopal said…
I get as frustrated as anyone and occasionally get testy myself, but it's sad when people cannot see how hurtful their words are and that they need to find someplace else to vent. I feel bad for them (that they are frustrated to the point of lashing out) and even worse for the lashee.
February 7, 2011 at 4:58 PM