A sermon about laying down burdens 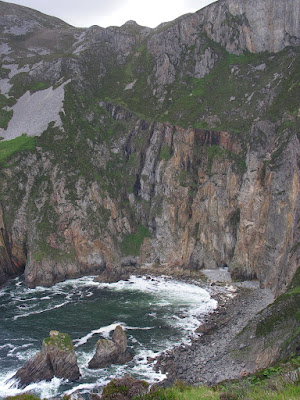 And so sometimes I've gotten so paralyzed that it doesn't even occur to me to ask someone for help, say, about a leaky toilet.  I immediately imagine I don't have the money to repair it, or I don't know whom to call for help.  I find that often I can just leave it broken, or put something temporary over it, or turn it off, and the crisis is at least temporarily averted.
But when I do that, I find that I am still carrying the burden of the broken thing around with me, even though I think I've set it aside.  Deep down inside, I know that I should fix the problem  and feel bad or ashamed because I didn't know how, and I just drag it around with me.

We drag around all sorts of things.  Not just issues with our physical stuff but emotional burdens.  Worries.  Guilt. Anger.  I know people who are in their eighties who are still dragging around hurts from their childhoods - a mean sister, a parent's sharp words, the memory of being bullied by a classmate or mistreated by a boss.  I know people who are competent adults, who run companies or are nurses or lawyers or teachers  who carry around the crippling burden of their parents' divorce or a child's failure or some other thing that wasn't their fault.  Things that were not their responsibility.  And yet they drag those burdens around behind them all the time.

Why?  I think many of us are do it ourselfers. It's the American Way!  We think we have to make everything happen, fix everything, make everything right.  We assume responsibility for nearly everyone and everything and carry that responsibility around as if our lives depended on it.  Intellectually we know this is not true, it's not healthy, and it's not even possible.  But deep down inside, many of us  secretly believe that our lives, and often the lives of those around us, do depend on us.  We think we are holding up the whole world.  And we can't let go or everything will come crashing down.

But Jesus says, come to me all you who are weary from carrying heavy burdens and I will give you rest.

No doubt some of you are able to lay down your burdens, to hand them over to God and trust that all will be well without your handwringing or your maneuvering to fix or make things happen.  I admire your living out your faith by turning over your burdens to God.

But I am also sure that some of you struggle with this.   I know I struggle with it mightily.  I am used to being accomplished; I am used to getting things done; and I am used to doing it myself.  I am not used to setting something down and letting it go when I don't know what else to do.  I am more attuned to the verse about carrying a cross than this verse about laying down my burdens and receiving God's rest.

But this is part of the salvation story.  God knows we are heavily laden.  God knows we carry secret worries, carry the weight of the world, carry burdens of every kind.  God knows we stagger underneath them.  If Jesus came so that we might have life abundant, then it makes sense that Jesus lovingly suggests that we lay down that stuff that keeps us from having the life that really is life.

And yet we find it so hard to let go.  Remember the Robert DeNiro character in the movie The Mission who tries to scale a sheer cliff that is also a massive waterfall (the only way to reach the mission) while carrying on his back a huge sack of clinking silver and assorted weaponry that threatens to overwhelm him as he climbs upward through the water?  We think we have to hold on to these burdens to prove our worth or in case we need them.  Lord knows DeNiro didn't need that sack of weapons to help him scale the waterfall - in fact it threatened to pull him backwards to fall to his death - but he couldn't trust that what he needed would be there for him at the top.

It feels not only impossible but irresponsible to let go our burdens.  We secretly believe we should stagger on, nobly, perhaps under what we believe are our crosses to bear. We should find a way to solve the problem.  We should not give in, give up, give out; that's weak.  God upholds us in our burden-bearing, so we think should keep on burden-bearing.

And yet Jesus invites us, saying, come to me all you that are weary and carrying heavy burdens and I will give you rest.

A few weeks ago, my 16-year old son and his J2A cohort went on pilgrimage to Ireland.  Near the end of the trip, on the island of Inis Mor, they rode bikes to a fort that was built on a 300-foot cliff.  Their leader had told them to think and pray about what they were carrying around in their lives that they needed to turn over to God and that they were going to lie on top of the cliff and drop a rock over the edge to embody their giving over of those worries to God.  Hear the experience as told by one of the pilgrims:

"As I crawled on my belly to the edge holding my rock I started to pray and think of what I really wanted to get off my mind. I looked out then closed my eyes and began to pray.... I was in the middle of my prayer when I heard John say Amen. I was surprised, because I wasn't expecting such a fast prayer, then I realized that I had been thinking of it the entire bike ride and was ready to let go of the troubles that had been holding on to me.

He said, “OK, let go,” and I just dropped the rock without thinking. As soon as I dropped it, I felt an entire weight lifted off my back. I'd never felt such peace in my life. Being able to throw my worries into God's great ocean made  them seem so miniscule in comparison.

I actually didn't see my rock hit the water, but that was really a good thing. I saw my rock disappear over the ledge and had faith that it would hit the water and be hidden in the sea forever. I had faith that God was going to take care of my worries and problems. "

Out of the mouths of babes.

Sorrow for something you couldn't stop from happening, couldn't fix, couldn't make better but you can't let go of because you've assigned yourself the role of keeper of the flame?

Responsibility for someone else's behavior or addiction or feelings or growth?

Anger you can't let go of because you think letting it go will let the person you're angry at get off the hook, even though the only person you're hurting by hanging on to it is you yourself?

Hurt feelings, embarrassment, anxiety about incompetence - the list goes on, doesn't it?  We drag all these things around with us.  We let them take up space within us, holding on tight to them as if they are precious instruments of salvation. We've been carrying them so long we don't know what to do without them.

And it all makes our hearts and souls heavy.  So heavy.

What would happen if we were to lay down our burdens?  What would happen if we gave up our hurt, our anxiety, our anger, our guilt, trusting that God is in charge of the universe and we don't have to make everything right ourselves?  Can we imagine the lightness of being and the peace our young friend described?

That doesn't mean we don't take responsibility for the things that are our responsibility.  Jesus speaks of his yoke that is easy.

We know the parameters of that yoke from our baptismal vows. We still need to strive for justice and peace among all people and love our neighbors as ourselves.  We need to respect the dignity of every human being.  We need to love God and see Christ in the faces of the lonely and the lost and the shoved aside.  We need to practice generosity, and here I would say, we need to begin by practicing generosity with ourselves.  We need to  allow ourselves to lay down our burdens - perhaps here at this altar - so that we can make room in ourselves for the love God has for us.  Room that may currently be being taken up by guilt and anger and sorrow and anxiety.

Because we cannot love if we are not able to be loved.  We cannot forgive if we cannot allow ourselves to be forgiven.  We cannot be generous with others if we cannot accept Jesus' generous gift of rest from carrying our burdens.  We cannot live the life abundant that is God's gift to us if we spend that life dragging around all these hurts and sorrows and feelings of responsibility for everyone and everything.
And so Jesus says today, lay down your burdens and let me give your soul some rest.  Let Jesus be in charge of salvation.  Let God be in charge of the universe.  Let the Spirit give you strength not to keep on dragging your burdens around but the strength to lay that stuff down and be free from it so that you can be what God made you to be - which is not a beast of burden but a human being fully alive, a reflection of God's own glory.

Ray Barnes said…
A very powerfull sermon Penny, and how I would love to have that sort of faith and that much trust but I fear I am nowhere near that brave.
The weight of my past is quite a burden but as yet I have not been able to hand it over into God's keeping.
Still, while there is life there is always the possibility of change. Hope so anyway.
July 3, 2011 at 4:54 PM

Penelopepiscopal said…
Yes, Ray, while there is life there is hope for growth! I expect you are far braver than you think you are.
July 3, 2011 at 10:06 PM

steve said…
Penny you are an angel, I just got back from being away for awhile and these words are like a balm to my soul. Words I can rest well with tonight. Thank you Penny
July 4, 2011 at 7:56 PM

Penelopepiscopal said…
Thanks, Steve, for letting me know that you found these words helpful. Blessings.
July 4, 2011 at 8:19 PM