The Names of the Dead 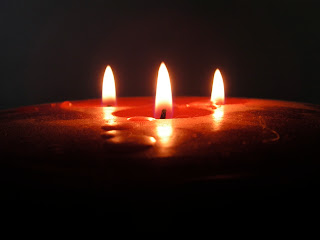 These are the names of the dead in Arizona: Christina Taylor Greene (age 9); Dory Stoddard; Dorothy Morris; Phyllis Scheck; Gabe Zimmerman; and Chief Judge John Roll of the U.S. District Court for Arizona.


The name of the man in custody for the shooting is Jared Loughner.  We should pray for him, too.

This is bothering me a lot.  I don't want to ignore the horrible violence that is going on in many other places in the world, or in our country, especially the violence being done to women and children every day that never gets a column inch in the newspapers.  But this is a national event that is an icon for what our public life looks like in our country right now.

The other day I posted a talk by Brene Brown on TED.com, and one of the things she mentioned near the end of her talk was how our fear of vulnerability leads us to deaden our feelings (all of them, because one can't pick and choose among which emotions to feel, really) through addiction and psychological dysfunction, to insist on certainty (I am right and you are wrong and things are black and white and you are an idiot because you are wrong), to engage in endless blaming (which is in clinical terms a way to discharge pain and discomfort), and practice perfectionism.  Her talk continues to resonate with me, not only as I watch events unfold in Arizona but as I read the New York Times and The Christian Century, watch CNN, listen to people talk at church, on TV, on Facebook and in the blogosphere.

The New York Times has been printing articles from the Lincoln era, and as it happens I came across an envelope in my mother's files the other day that included newspapers from the 1880's.  Vicious attacks on opponents in the media are nothing new.  The shooting of public figures is nothing new.  Hyperbole and grandstanding in order to get attention is nothing new.  Violence is not new - see, Cain and Abel.  None of this is new.

And maybe that's why it is all so sad.  We sang in the 60's "when will we ever learn?"  And we are still singing it now.

Penelopepiscopal said…
Thank you, Mimi. Naming names is important and I know you think so, too. These are people, not just "those in Arizona" or "the dead, the wounded." And of course we should be praying for Jared Laughner, whose name I will add above. I hesitated before but he has a name, too. Can't pick and choose.
January 9, 2011 at 2:24 PM