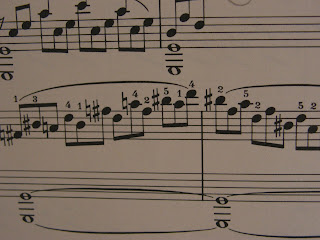 I am in Savannah, GA, where music teachers and musicians from all over the state are gathered for the state educators' association annual conference.  (My son is participating in the All State Jazz Band. The All State College groups - band, chorus and orchestra - are all here this weekend, too.) This is a huge event, taking place in a number of venues around town, from churches (where some of the choral groups will sing) to small hotel spaces (the jazz band) to the huge convention/trade center for the classes and workshops.  One may take a ferry over to the trade center, which is on an island in the middle of the Savannah River, from Savannah's famous River Street (home of all sorts of restaurants, candy shops, t-shirt and hat stores, and bars/music venues).  Speaking of River Street, we noticed that the St Patrick's Day Parade (a huge, sloppy drunk deal on said street) folks have an office near our hotel which features a digital count down clock.... only 48 days and some hours until it's St Patrick's Day again!

There is music and music stuff everywhere.... kids walking around with instrument cases, people standing on corners singing or playing something.  Even the sanitation workers were talking about the Music Educators Folks as a huge group of them were gathered at the ferry landing.  We saw a few third graders who will be singing for fifteen minutes tonight in the lobby of the ballroom.  There was a young woman playing a flute on the walk next to the river near where people get on the ferry to the convention center this afternoon.  Lots of people heard her, but it was pretty chilly by late afternoon in the shade on the water.  Savannah chilly, of course, not New York chilly.

I wouldn't exactly say we are "old hat" at this trip, but we have been to Savannah several times for one son or the other to participate in either middle or high school all state something.  Today while we were out walking, we couldn't remember which time it was we ate in this restaurant or visited that shop.  Like many cities, Savannah has its share of boarded up restaurants and shops, victims of the sagging economy.  There wasn't even a long line for Paula Deen's famous The Lady and Sons Restaurant this afternoon, but I'm betting there will be tomorrow night when we try to squeeze in a meal between rehearsals.

Savannah is a beautiful city, with a very walkable historic district that features a number of squares around which the traffic must flow.  Some of the squares are just green space with huge old water oak trees dripping with Spanish moss.  Others feature statues, sculptures, or fountains.  There are literally hundreds of churches here, too, many of them open for touring.  Today we stopped by the Cathedral of St John the Baptist, which featured a baptismal font that simply has to be seen rather than described.  But that's another post.  (You can view a streaming video virtual tour of the truly gorgeous interior here.)  And we walked through the Colonial Park Cemetery in which a number of notable/historic citizens are buried in interesting looking brick and cement mausoleums.

Ray Barnes said…
You paint such a vivid picture, I feel I'd know half the places you mention if I went there.
A very interesting post (for me especially as music is an essential part of my life) but also I'm sure for everyone who reads you.
Thankyou once more.
January 28, 2011 at 5:34 AM

KeyReed said…
I looked at a virtual tour [Amazing Acoustics]. I can hardly believe it takes 8 seconds for a hand clap to reach the other end of the cathedral. I can believe an 8 second reverberation, however.
January 28, 2011 at 12:40 PM

Penelopepiscopal said…
This is a lovely place to visit. I would love to hear music being performed/played/sung in the Cathedral. Going out again in a few minutes - it's sunny and 60+ degrees today!
January 28, 2011 at 2:12 PM