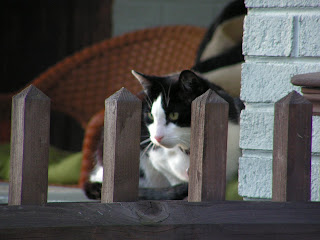 Well, I've certainly heard a lot about the Tiger Mom (aka Amy Chua) in the last few days.  I haven't delved deeply into this particular chapter of the perennial child raising discourse/debate/handwringing, I admit.  I have a bit of fatigue on the subject, actually.

But I did read the letters to the editor in the New York Times today and found them encouraging.  You can read them yourself here.  One thing I found encouraging was that several letter writers were suggesting that "success" ought not to be measured in terms of personal achievement but that parenting ought to be about raising children who have a sense of community (and a commitment to it), and that parenting should include a focus on creativity, empathy, conflict resolution, community building and the like.

The other encouraging thing was that personal friends of the Tiger Mom or her daughter Sophia wrote in on their behalf to report from the "family and friends front" and keep the discussion based on reality and not allow it to just float out into the land of the theoretical, unattached to actual parents and actual children in actual families.  So often we have these national discussions on theories that become free-floating and incredibly general, without regard to real people.