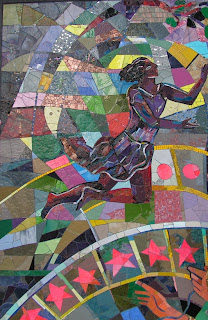 Today is the day we honor the life and work of Rev. Dr. Martin Luther King, Jr.  All around the internet and on the news we will have an opportunity to hear some of his words again - his Mountaintop speech, his Letter from a Birmingham Jail (read it, with commentary, at Padre Mickey's Dance Party here) particularly.


January 17, 2011, marks the 25th anniversary of the first observation of Martin Luther King Jr. Day, the federal holiday that commemorates King's birthday (January 15, 1929). As with any commemorative celebration, honoring Martin Luther King Jr. through a national holiday is an exercise in historical amnesia. As the nation honors the assassinated hero, we oftentimes choose to forget almost as much as we remember regarding who King was and what he stood for.
For the most part, commemorations of Martin Luther King Jr. condense his life and the history of the civil rights movement into a narrative that emphasizes American progress. This is especially true regarding the country's history of racism. Annual celebrations of King's life show how he lived and died so that America could finally move past the iniquities of racial slavery and Jim Crow segregation that shaped so much of the country's history. The holiday remembers the Martin Luther King who was a pacifist, a minister of the Christian Gospel, a human rights activist, a Nobel Prize winner, and, in his own words, a "drum major for justice."

Dr. Purnell goes on to talk about Dr. King's work as an advocate for the poor, his understanding that poverty was no respecter of race, his outspoken abhorrence of war - parts of Dr. King's legacy that are sometimes forgotten (for instance, a claim I saw in the news the other day that Dr. King would have approved of the wars in Iraq and Afghanistan).  It's a worthwhile essay to read and ponder today, as we consider that while we do have a black President of the United States, we also have crippling poverty and high unemployment, we are fighting two overseas wars, and political violence continues to be part of our national story.  You can find it here.