A sermon about Haiti/One Year Later 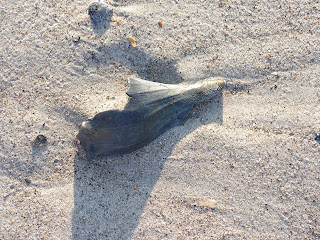 I preached this sermon a year ago, just days after the devastating earthquake that hit Haiti on January 12, 2010.   I thought I would revisit it here.  Much has been done in that small, poor country, but so much more needs to be done.  Millions are still homeless, hundreds succumbed to an outbreak of cholera as the rainy season began, rebuilding is not happening on any kind of a large scale.  The international community has not forgotten Haiti, but this has been a lesson in just how hard it is to make progress without significant structural resources on the ground (including a strong government, which Haiti lacks) to coordinate and direct recovery efforts.  The people of Haiti and all who serve them (or ought to be serving them) continue to need our prayers.
1 On the third day there was a wedding in Cana of Galilee, and the mother of Jesus was there. 2 Jesus and his disciples had also been invited to the wedding. 3 When the wine gave out, the mother of Jesus said to him, "They have no wine." 4 And Jesus said to her, "Woman, what concern is that to you and to me? My hour has not yet come." 5 His mother said to the servants, "Do whatever he tells you." 6 Now standing there were six stone water jars for the Jewish rites of purification, each holding twenty or thirty gallons. 7 Jesus said to them, "Fill the jars with water." And they filled them up to the brim. 8 He said to them, "Now draw some out, and take it to the chief steward." So they took it. 9 When the steward tasted the water that had become wine, and did not know where it came from (though the servants who had drawn the water knew), the steward called the bridegroom 10 and said to him, "Everyone serves the good wine first, and then the inferior wine after the guests have become drunk. But you have kept the good wine until now." 11 Jesus did this, the first of his signs, in Cana of Galilee, and revealed his glory; and his disciples believed in him.  (John 2:1-12)


This was the lectionary text for this past Sunday, January 17 - the Gospel lesson that was read in most Episcopal, Lutheran, Presbyterian, Roman Catholic and Methodist churches. This is such a familiar story - surely all of us know about the Wedding at Cana, the first of Jesus’ seven signs in the Gospel of John. I’ve heard many sermons preached on it and participated in many Bible study sessions on the passage. I have heard much about the theme of abundance, about miracles, about just how many glasses of wine would come out of 90 gallons of water that the stone jars would hold (I remember that someone calculated it to be around 17 glasses per person, if the wedding was one of those big ones). I’ve heard quite a lot about Jesus and his “hour,” one of those important specialized vocabulary words in John. I’ve heard some great Jewish mother stories and some apologetic readings of this passage that wanted to excise the actual wine part because the idea of a party-going Jesus was too much to consider. Especially I’ve heard folks wrestle with the way Jesus speaks to his mother here: Woman, what concern is that to you and to me? Are we reading this correctly? Is Jesus rebuking his mother? Does Jesus start out his public ministry by being rude to his own mother? Is it ok to call your mother, “Woman?” (The answer to this, I have told my own teenaged sons, is NO. I told them this is not a case of “if it’s good enough for Jesus, it’s good enough for me.”)

But I have never heard this passage the way I heard it this week, in the days after the devastating earthquake that has flattened the area in and around Port-au-Prince, Haiti. (Did you know that Haiti is the largest and fastest growing Diocese in The Episcopal Church with 140 churches and 83,000 Episcopalians?) Every day since last Tuesday, a week ago today, I have read several times each day both in the newspapers and in various Episcopal church communications, more reports and photographs of destruction and piled up bodies and hungry and thirsty and homeless children and how aid workers are having trouble getting into the country and how people are still hoping beyond hope that another living person can be retrieved from the rubble. How in addition to the presidential palace sustaining major damage and the U.N. headquarters collapsing, hospitals, schools and colleges and churches and cathedrals, both Roman Catholic and Episcopal, were destroyed, and of course homes - many homes. I have looked at the pictures from the New York Times online and scoured the webpages of various relief organizations.

And this line from the scripture passage for the week has called out to me with increasing urgency every day: what concern is that to you and to me?

And even more, what does the abundance of Jesus’ miracle of the wine at Cana have to do with the streets of Port-au-Prince filled with twisted wires and rubble that used to be markets or churches and people with their faces covered as they carry the wounded and the dead away?

What concern is that to you and to me?

In the Gospel of John, it is stated at the very beginning, in the prologue, chapter one verse 3, that what has come into being with the coming of Christ into the world is life. Later in John, Jesus explains to his disciples that he has come into the world in order that all might have abundant life. And at the wedding at Cana, Jesus provides abundant wine. If you have ever been to a Jewish wedding, you will have seen that all the prayers - the seven blessings - and vows are given over a cup of wine, from which the bride and groom then drink. Wine is the symbol of life at a Jewish wedding. And so there at Cana, Jesus provides life abundant - wine overflowing - a perfect example of what he will later tell his disciples and just as John the writer himself explained to us, his readers, at the beginning. That Jesus came to give abundant life.

And what concern is that to you and to me?

Try as we like, if we call ourselves part of the family of God, we cannot disconnect the abundant wine from the twisted wires and rubble. We cannot disconnect the life we ourselves live in comfort and ease from the lives of those who have lost everything. We are not called to feel guilty because of that, but rather we are called to recognize our connection and then to act upon it. To recognize that others are suffering - not to look away, not to pretend it is not happening - because God is there in that suffering, too. If we wish to be attentive to God, then we must be attentive to the suffering of God’s people.

It is that recognition, that understanding that the devastation in Haiti is of concern to you and to me, that others need life abundant right now, that I hope will result in our reaching out in love to those in Haiti or anywhere that there is suffering and affliction in whatever way we can. Through prayers and through donations to relief organizations that are working there night and day. We may only be able to provide big prayers and modest donations, but that’s ok. Many children in Episcopal churches across the nation simply collect pennies to send to Episcopal Relief and Development, which works not only in Haiti but all over the world. $12 buys a mosquito net to allow children to sleep at night in Africa where malaria still kills many children. $12 can save a life in any impoverished or devastated place when it is joined together with other 12 dollarses sent by others who wish to act on that recognition of being connected with all of God’s people everywhere. People are giving to the Red Cross $10 at a time by simply sending text messages. Among other agencies with the means to offer help in Haiti right now because they are on the ground in Haiti are Doctors without Borders and Partners in Health, which has been providing medical care and working to alleviate the root causes of disease in Haiti for twenty years, both of which also welcome donations of any size.

The other thing that we can do is look for hope amid the devastation. There are rescue teams in Haiti from The Netherlands, Taiwan, the United States, Turkey, Britain, Japan, Canada, Cuba, Belgium, France, Israel, Spain, Poland, China, Switzerland, Portugal, Switzerland and Mexico and others, along with International Red Cross workers from all over the world. Even more countries’ governments and charities are pledging aid and sending supplies. There are even dogs working in the devastation, searching for people who can be dug out.

As Christians, we are called to remember that there is always hope in God and that if God is with those who are suffering, then hope is there too. Last night I read about a little girl who was in the market when the earthquake hit. The building fell all around her, and many were killed, but she was not crushed, and she was able to cry out to the American and Turkish workers who were digging in the rubble. They pulled her out, along with five others, and she proudly told them she had survived on hope and Fruit Roll Ups.

Two babies were born on Sunday in a field hospital set up in a soccer stadium by the Israeli Defense Forces. A little girl, who had stopped breathing, was able to be revived because the doctors had the right kind of medical equipment to treat her, and a little boy, also premature but stable, whose parents decided to name him Israel. That same hospital was able to treat another baby, two months old, who was dug out of the debris five days after the quake as well as a university student who kept texting her sister until she was found yesterday.

And what concern is that to you and to me?

There is hope in Haiti because people are doing what they can to help others. It is true that things are dire and that many are without food or water or shelter or medical care. It is true that the distribution of aid is slow to reach many. It is true that many have died and more will die. But that is no reason not to help. As long as hope is alive, God’s work for bringing life - even abundant life - in the midst of devastation continues. And there is always hope in God, for this is what God has promised God’s people since the beginning, and God keeps God’s promises.

Remember, God is there in the suffering in Haiti and everywhere that people suffer. And if we wish to be attentive to God, then we must be attentive to the suffering of God’s people. We must not look away, because to do so would be to look away from God. Because remember this too: where God is, hope is. If God is with those who suffer, then hope is there as well. Look upon that hope, too, for it is of paramount concern to you and to me. Amen.
Email Post
Labels: community following Jesus Haiti sermons